As you might know I am a fan of Dell laptop computers. In my experience they hold up the best in the long term. Here is another Dell laptop repair explained. The symptoms were that the laptop would shut off on its own and that it would not charge the battery. After some tinkering it was determined that the problem was in the power jack. So it was disassembled and the motherboard was removed. The power jack is in the back right corner in the picture below. 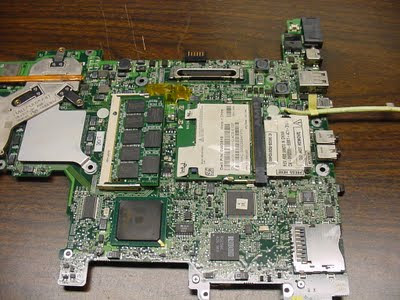 The power jack has 2 arms that extend back behind the jack. As you can see in the picture below they had become unsoldered from the motherboard. They were re soldered on the top and the bottom side of the motherboard. Then the computer was reassembled and sure enough the battery recharged and the laptop did not shut off on its own anymore. 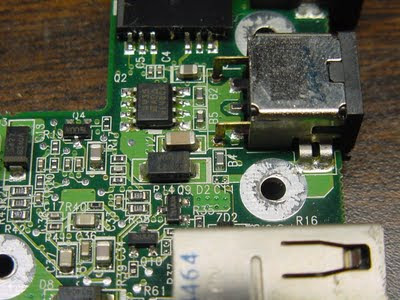