I am once again rebuilding this Dunlap Clark amplifier. I rebuilt it around 1990 to a four channel 200 watt per channel amplifier after teh first system fried. Then a few year I got it back with two channels fried and I just fried the last channel in my latest youtube video 'comparing coils'. 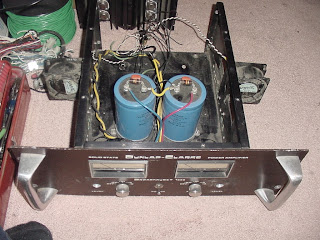 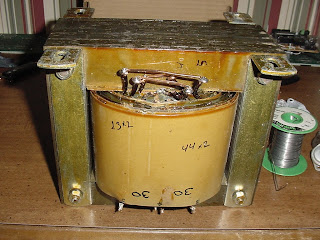 This is a picture of the heat sinks witht eh TO-3 output transistors.  I will likely use TDA7294 IC's to rebuild it so the old transistors have to go! 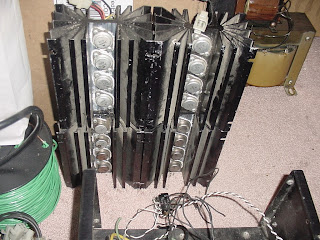 Out of all the transistors there were only 11 that were not totally fried.  One even had the emitter lead burnt off the transistor! 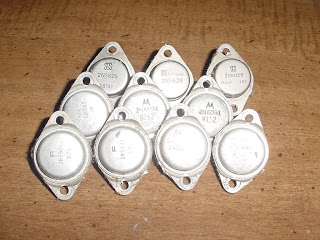 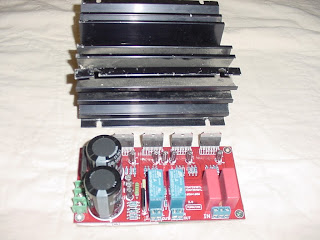