Can you guess what this is?

While digging through my junk I came across two things that I made years ago. Can you guess what they are? 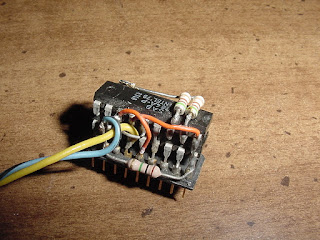 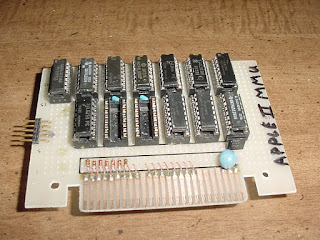 The first is a IBM PC Turbocharger. It might be missing a crystal. You replaced the clock chip with this module and your PC could jump from 4.7 MHZ to 7 or even 8 MC. Wow that is fast....LOL.

The second is an APPLE IIE MMU Emulator. It could double your memory so that you could run Appleworks. Apple claimed it took 100 IC's to do the job, but they lied to intimidate people from trying. As it turned out Appleworks did not even read the status bits so 2 IC's were not even needed hence the empty sockets. I tried to get it published but no one would believe me that it worked so they did not publish it!