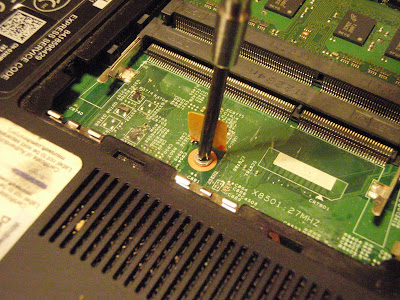 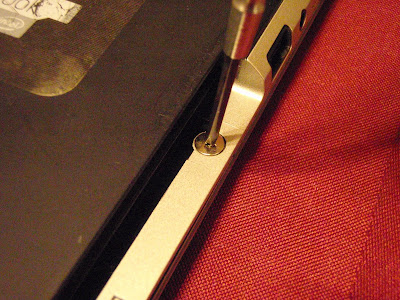 There are seven screws under plastic covers underneath the laptop and four screws under the keyboard that need to be removed.  Three are near the front edge and one is near the CPU fan as seen in the picture below. 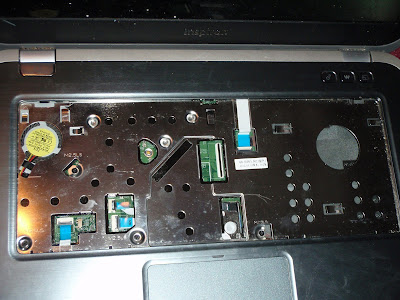 Next release the four ribbon cables.  Then the top cover comes off by releasing catches all around the edges.  Now you can see the battery.  There are two screws holding the battery in.  The hard drive is then reachable. 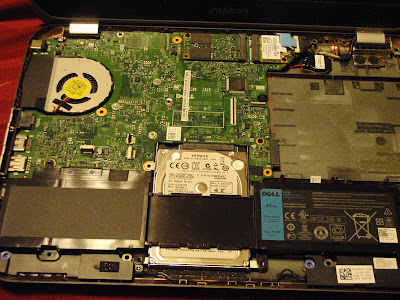 Thanks Bob! Good Geeks are hard to find.

Hi, the information you have provided was very helpful but you left out how to remove the keyboard.

ftp://ftp.dell.com/Manuals/all-products/esuprt_laptop/esuprt_inspiron_laptop/inspiron-14z-5423_Owner%27s%20Manual_en-us.pdf
@unlimiting The owners manual also has some info on taking out the keyboard. Good Luck!