The heat stopped working in my van this spring.  That was not a serious problem for most of the summer.  Fall is here and naturally I had to fix it.  The symptom is a "clunking" noise from behind the radio/climate control.  So I removed the radio/climate control assembly by removing the two screws above the ash tray/cup holder.  I had already broken off the other two screws that were at the top of the radio/heat control section when I replaced the radio.  Way back behind everything was a white box where the noise was coming from.  I started removing the box and I dropped my nut driver down inside there somewhere.  Next I removed the two screws on each side of the bottom assembly that has the tilt out CD holder, and removed it.  Then I retrieved my nut driver and went back to work.

Here is a picture of the top of the heat control door opener as is seen behind the radio.  There are two screws to remove. 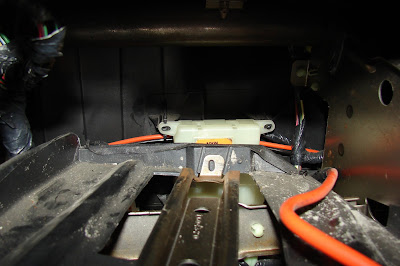 Next there is another two screws to remove at the bottom behind the climate control section. 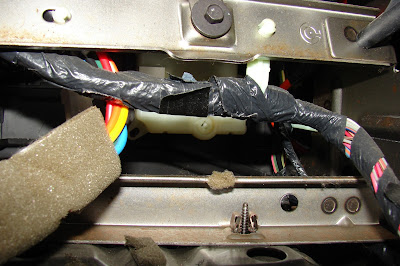 Now if you are lucky you can remove the motor actuator and if you are like me you can take it apart to see why it makes that noise.  The smaller black gear is missing several teeth. 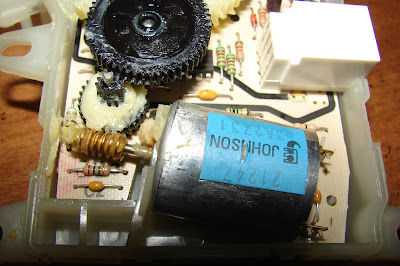 A replacement motorized heater door opener is $28 on eBay or about $10 more at auto parts stores. It is officially called the "Heating and AC Vent Door Actuator".  You can also replace it with a piece of copper wire to hold the door open, but that does not hold up and if you do it I guarantee it will be 90 degrees outside the next day and you will be stuck for 30 minutes in traffic on I-90.  I speak from experience!

I was reading your post and no doubt it was really informative..I got here what i was looking for..Thanks for sharing..

Ford Windstar Heat Control Actuator problem. The heat stopped working in my van this spring. That was not a serious problem for most of the ... actuatorcontrol.blogspot.com