The other day I had a NEC LT-265 projector that would not focus and had a rattling sound.  To open it up remove the screws on the bottom, one screw is under the handle and the top cover lifts off at the front first then the back so that that it clears the jacks on the rear. 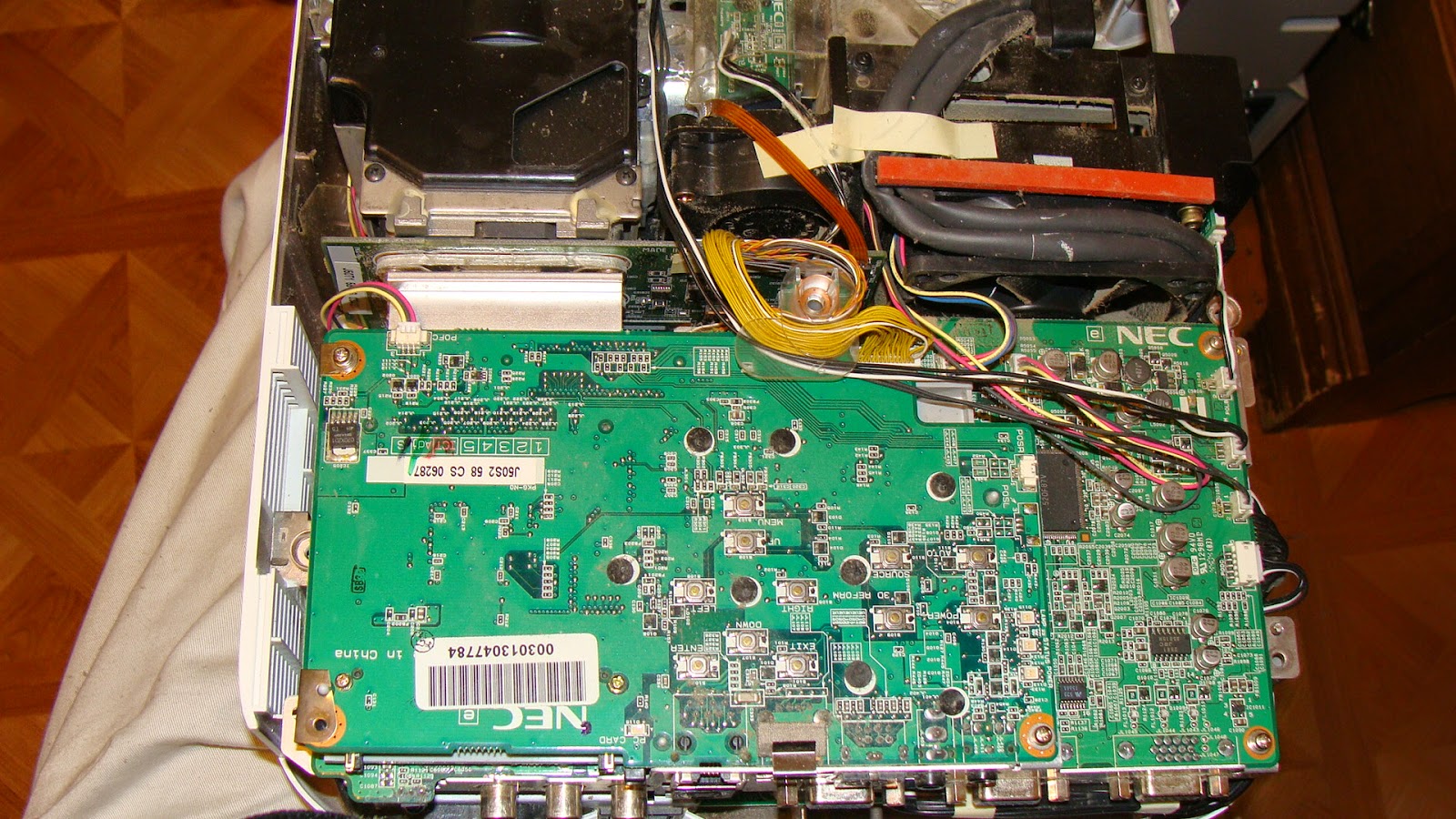 Removing the lens assembly was not easy.  I had to remove the circuit board first.  There were a lot of screws hidden way down inside and behind things.  When I got to the rattle it was the leveling foot that had gone up inside of the projector.  The focus issue was still there and there was nothing obvious that was causing it.  I took a hold of the lens and forced it to turn and to pull out.  The lens then popped into place and started working!  I guess I never needed to take it apart in the first place. 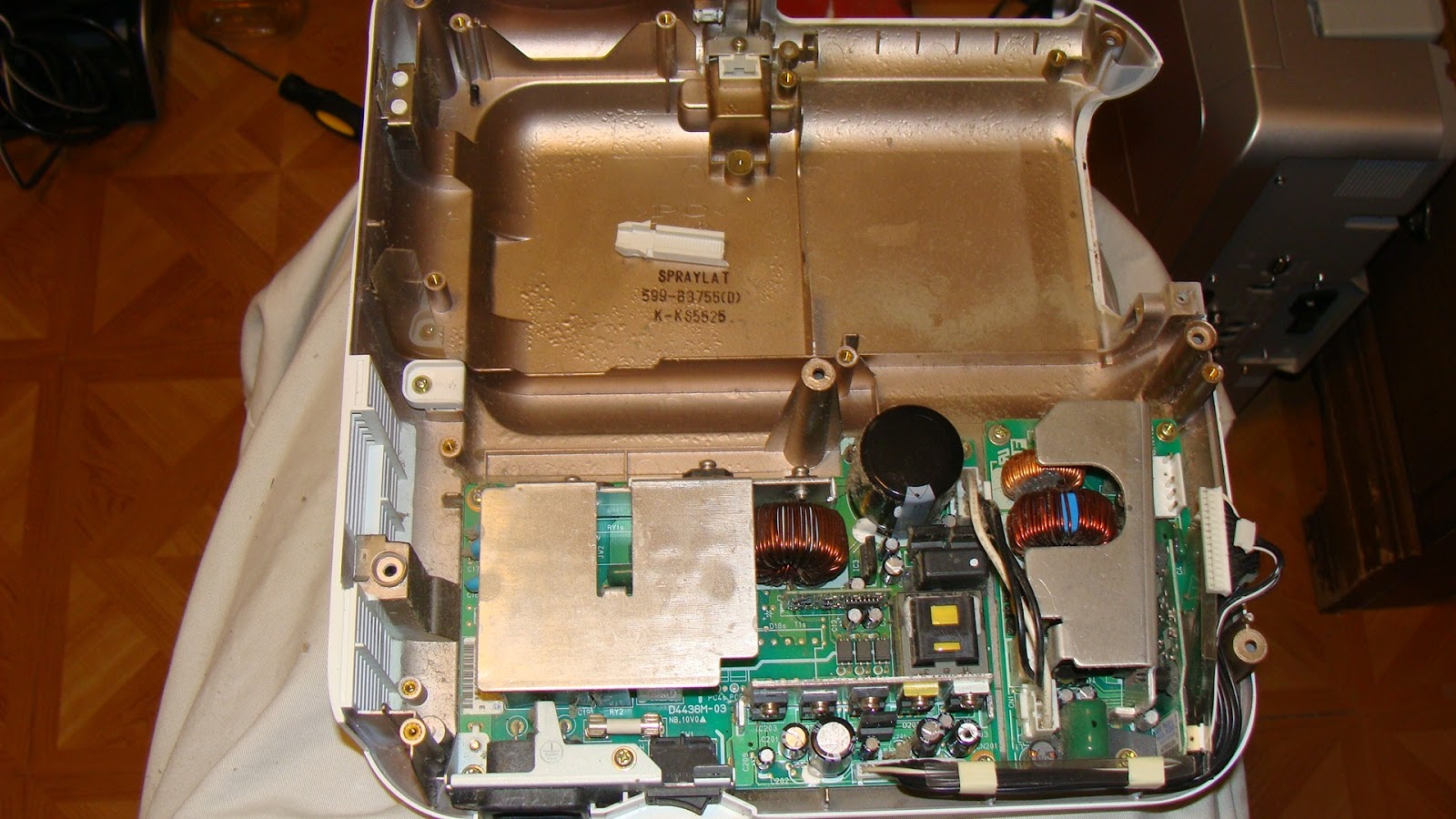