Its time for an update on the spider robot.  So far I have repaired the sensor shield twice, replaced the power cable and now replaced two of the servos.  I have changed two of the MG996's to the more powerful MG958's.  That made a huge difference!  The spider can now get up completely off the floor!  The new servos also made the spider a lot quieter as the other servos do not have to work as hard.

Here is a picture of the spider folded in. 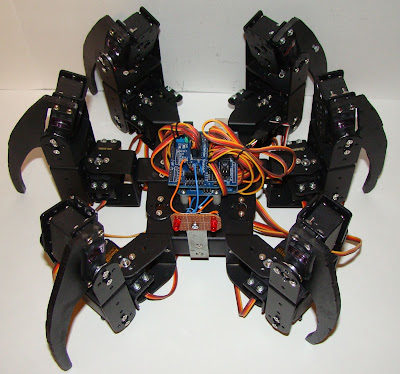 Here is a picture of him walking. 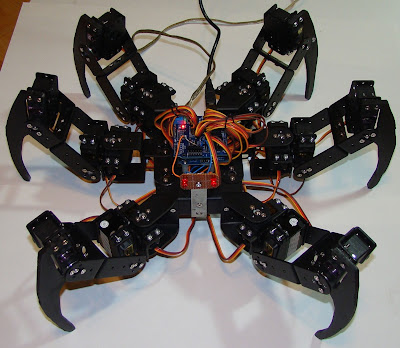 Here is video one before replacing the two servos with MG958's.


This is the next video with the better servos.


And now the latest video with better software.