First of all I must say that I am not a doctor nor do I play one on TV.  But the doctors have sure seen a lot of me.  If you are sick see a doctor!

You may be wondering why there has been so few posts and no videos from me for such a long time. Well to put simply I have been sick.  In November I was not feeling well and made a doctors appointment.  I also started taking more supplements trying to stop the downward spiral of my health.  In January the doctor observed lumps in my thyroid and sent me for an ultrasound.  During the ultrasound I noticed that the tech was taking lots and lots of pictures.

Next I was sent for a consult and a biopsy.  They had observed many lumps including two that were about one inch in diameter.  One of the larger lumps had no clearly defined edges and both had unusually high blood flow.  Both of those things are bad signs.  They took three biopsy samples from each of the larger growths.  When they pierced one of the growths I flinched every time even though they had anesthetized me.

When the biopsy results came back, there was no cancer found.  Now they will observe the growths every few months to see if they are growing in size.  Also by this time my health was improving.  I was taking lots of supplements, fasting for 23 hours at a time, and mostly drinking green stuff (Greens Pak).  I am taking Turmeric with black pepper, Una De Gato (Cats Claw), and Super Supplemental vitamins as well as the supplements that I have been taking for years.  I have also eliminated all corn syrup (was in yogurt) and almost all sugar.

I have found issues with some tings that I was eating almost everyday.

Oatmeal - Recent studies found very high levels of herbicides in oatmeal.
They are using herbicides to kill oat and wheat plants for faster harvesting.
I am now eating organic oatmeal instead.

Yogurt - They use corn syrup for a sweetener.
Corn is genetically modified (GMO) to have BT Toxin in the plant.
It is also sprayed with herbicides to kill any weeds.

Pretzels and bread - Wheat products have herbicides in them. 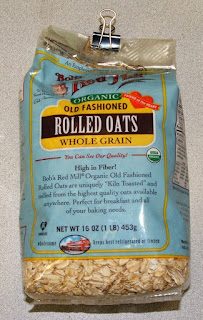 Hey Bob, good luck with your health issues.
It's no fun learning about these things, but indeed eating healthier can help greatly with them.
Getting a bunch of good vitamins and nutrients will make you feel so much more alive and awake - and no, eating healthy doesn't mean that you have to eat lima beans and the like, although you could if you wanted to. XP