Rebuilding my DIY Desktop CNC with an Arduino

I have been busy rebuilding my DIY CNC machine.  It will be all metal when I get done.  It will also include a USB interface, likely an Arduino.  None of my computers have a parallel port these days.  So something has to be done to resolve that issue.

This first picture is the new metal parts all drilled and ready for assembly.  Well maybe ready to be filed so they can be assembled..... 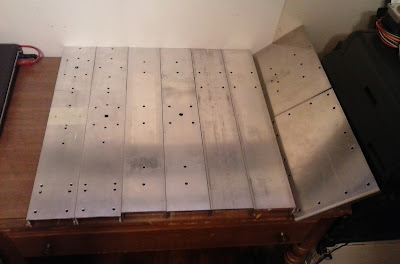 Here is the first video, getting the electronics working again:

Here is the second video with the X and Y axis working:

My latest upgrade is to mount the Arduino to the electrical area.  The limit switches are still not wired up. 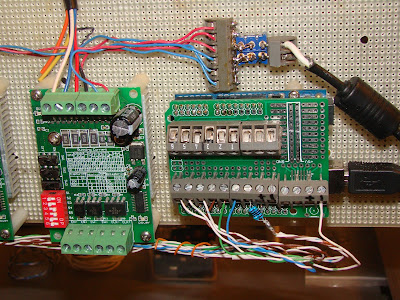 The Z axis is now working! 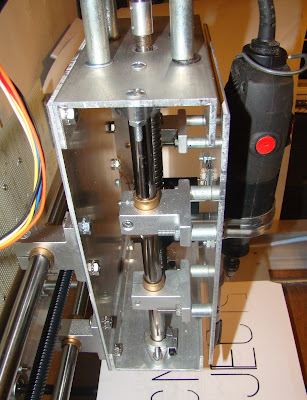 Here is the latest video:

By the way I tried one of the Arduino CNC shield's but the IC's got so hot that you could cook on them and then it started hanging up because it was overheating. 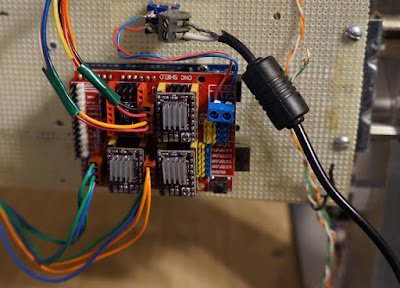