I am building a Chinese RTL-SDR Kit.  To start with I was trained in soldering by MERP (Miniature Electronics Repair) school in the US Navy.  I was taught NASA standards for soldering.  They will surely disown me after seeing these pictures of my soldering. This kit is NOT easy!  I also work for a communications company.  I have built all kinds of communications equipment including surface mounted parts and hand wound coils.

Here is what the kit parts look like.  There are many really tiny parts in the parts bag! 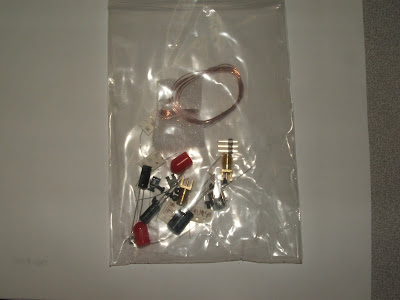 The circuit board comes with none of the surface mount parts installed. 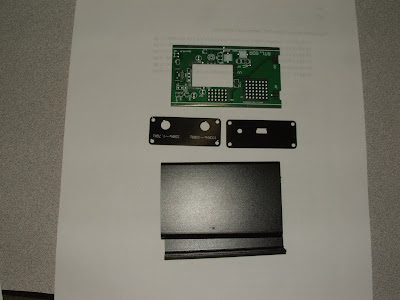 To solder the surface mounted parts you will need a magnifying headband visor.  You will also need tweezers and a really fine soldering tip. Apply a small amount of solder to one pad and place one end of the part in the molten solder.  Then solder the other end.  Then clean up the first side.  The surface mount parts are marked except for the 222 resistors, the LED and the 4.7uH choke.  The LED is in a black part holder and has a green stripe.  There are extras of some parts in case you loose some. 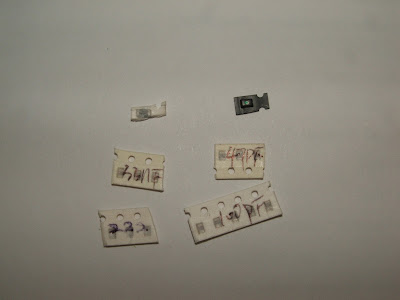 Here is a picture of the circuit board with the surface mounted parts jacks, and capacitors added.  The green stripe of the LED goes towards the USB jack.  The USB Jack is really hard to solder.  I ended up with a solder bridge.  After trying every trick to get rid of the bridge I resorted to using solder wick to soak up the extra solder.  The capacitors should have their ground stripes facing the outer edges of the board. 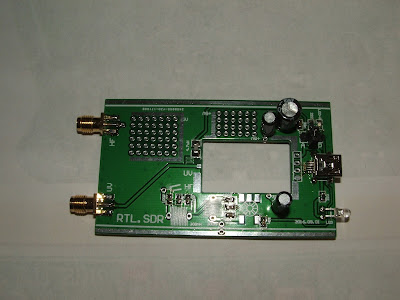 I skipped adding the coils and went right to the disassembling USB dongle.  Use solder wick to remove the solder on the ground connections.  Then clip off the four USB jack pins using flush cutters.  Then clear the metal out of the holes with a solder sucker. (Or heat and tap). 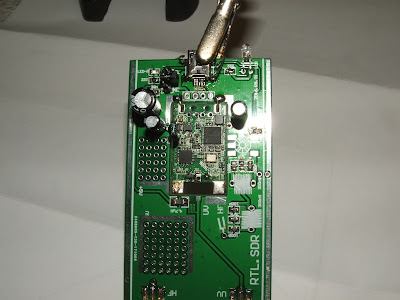 Next make a |_____| to connect the bottom grounds together as in the next picture. 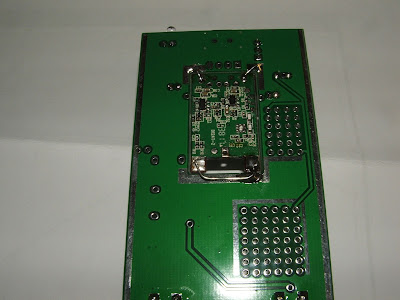 Then add the four USB jumpers (from the old USB jack holes to the new jacks holes), two ground jumpers, and the RF input jumper on the top side of the board.

There is a jumper to add to the bottom of the board.  It runs from one of the pins of a five pin device (likely a voltage regulator) to the edge. 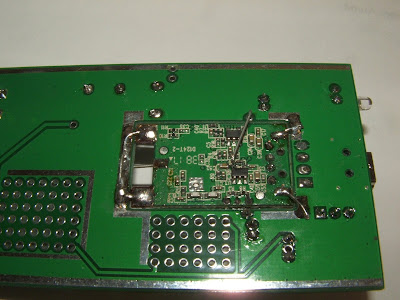 It is easiest to attach the jumper just to the lower side of one of the pins as seen in this next illustration. 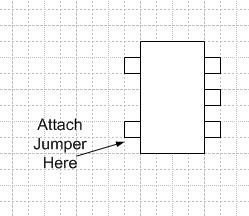 Then there is also an extra jumper to run on the top side.  It also runs from one of the pins of a five pin device to the edge.  It runs underneath the IR receiver, unless you have removed the IR (Remote Control) receiver. 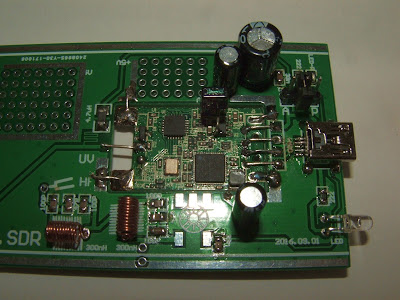 Here it what it looks like with those coils installed. 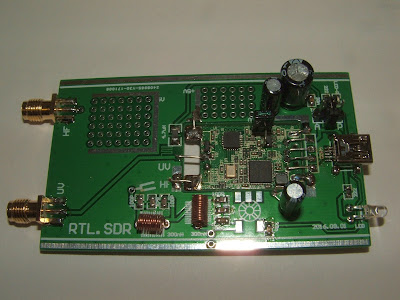 Next is the beginning of the hardest part.  Making and installing the 25 MHz coil.  First the wire was all one color.  That will require a voltmeter to figure out.  Second it was one wire.  You will need three lengths of wire about one foot each.  You can mark the ends with colors with a permanent marker if you do not have a meter.  Twist the three wires together to form one three conductor wire.  You might need a needle to thread it through the ferrite bead 9 times. 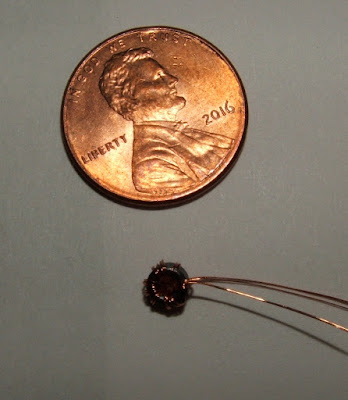 Next label and meter the wires.  You will have to tin them first to get through the enamel. 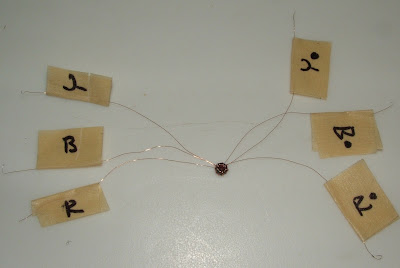 Twist the Y* and R wires together and solder it to the circuit board. You should have Y then Y*R then R*. Then cut off the B leads and the two that are twisted together. 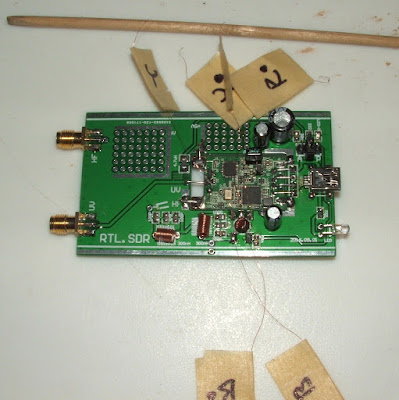