I am building a 5DOF Humanoid Robot hand

I recently purchased a 5 DOF metal humanoid robot hand.  It comes with instructions but they are written in translated English.  Also some of the pictures are out of date as parts have changed since they were taken.
This is the eBay ad. 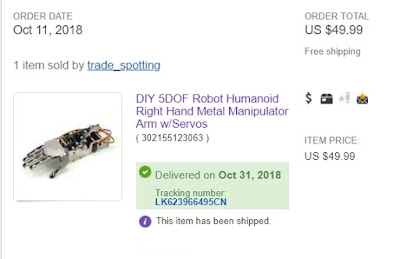 Here are the parts that were supplied to make the fingers.  There are some spare parts included with the kit. 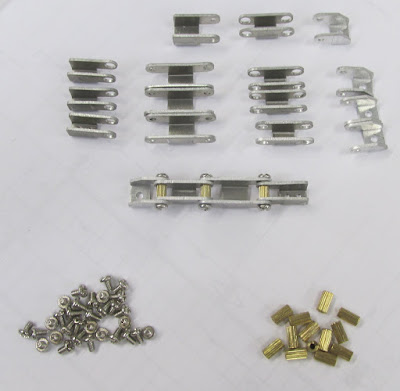 Here is the thumb and the fingers once assembled. 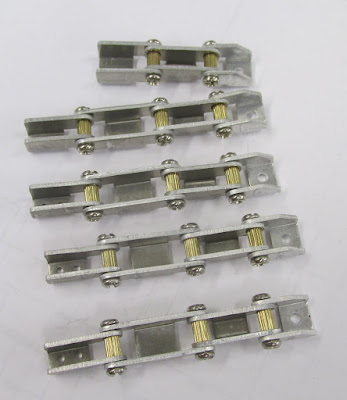 This is the frame assembled, the rods on the right are two parts that are screwed together.

This is what it looks like with the servos installed.  Some of the threaded rod lengths are off 1mm from the instructions.

This is the top view of the assembly.  Note that the metal rod holder for holding down the wire ties is "D" shaped and does not look like what is in the instructions.

The next step is to add the wire ties. Screws go into the heads of the wire ties and clamps hold the other end.

Here is the back side with the wire ties in place.

Here is the first video using an Arduino:

This is a second video this time using an Arduino with an array:

This next video is of an Arduino Uno running two hands.

Now we have a Raspberry Pi running two hands working with a PCA9685 Driver.