This started with a dream that I had three professional cameras.  At one time I had two Panasonic AG-DVC7 cameras.  My brother had them, so I asked if I could have them back.  He was happy to return them because they were both very difficult to turn on.  I have shown how to repair that problem in another blog post.  However, my research showed that the DVX100 that once cost about $4000 was now available on eBay for about $50 each needing repairs.

The DVX100 has a actual native resolution of 1546 x 990 according to some sources.  At one time there was the a modification to take advantage of this higher resolution.  I think that I might be the ideal person to revive this modification since I have lots of experience in modifying everything from LED sighs to computer monitors.

I bought two of the cameras for $85 that were in need of repair.  To my surprise they both worked!  Even the tape decks could record and play back videos.  They are missing some parts and one of the LCD screens goes crazy when you move it. 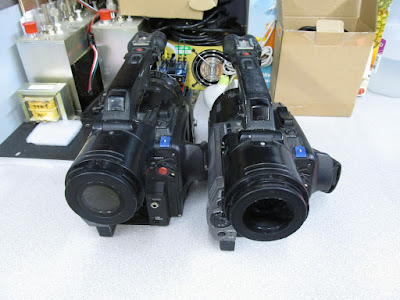 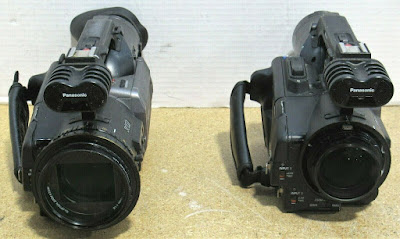 This is what the insides of the camera look like. You have to remove the top microphone assembly to get to a screw under it as well as the bottom plate to get to three screws under that.

This is the LCD side cover.  There are a lot of connectors to unplug including two that are under the microphone assembly. 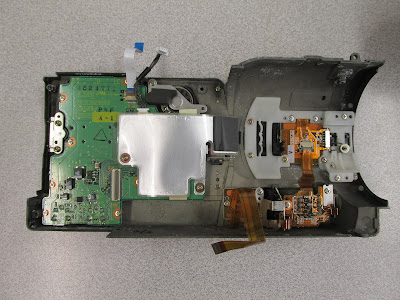 This is the top of the video processor board. 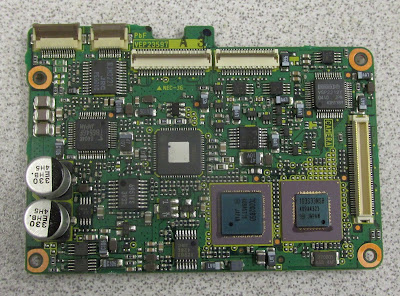 This is the bottom of the video processor board.  Note the two VSP2212 video processor and analog to digital converter chips on the left side.  The third one is located on the top of the board. 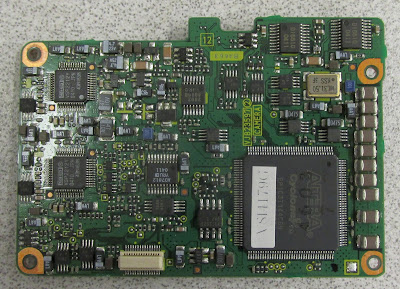 Here is the block diagram of the video processor. 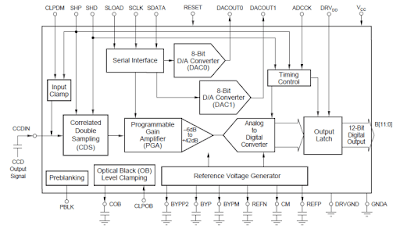 Here is the pin numbers to connect to. 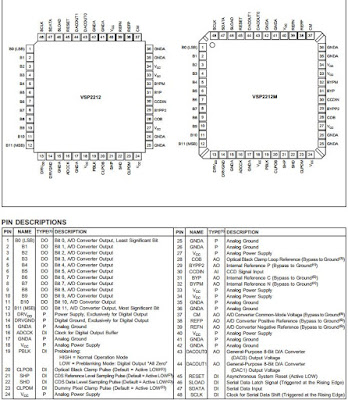 The problem now is what do I connect to?  If I connect to the analog input then I need to have a circuit to process the CMOS output, that is not straight analog, but instead it is clock pulses followed by analog values.  I also loose the gain control circuitry (PGA).  If I connect to the digital outputs I have to connect 12 wires to each analog converter and I am limited to the sampling rate of the converter that has a maximum clock of 20 MHz or 1,500 pixels horizontally.  That is assuming that they clocked it at the maximum frequency (highly unlikely).

These pictures compare the optics of the DVC7 to the DVX100 optics. 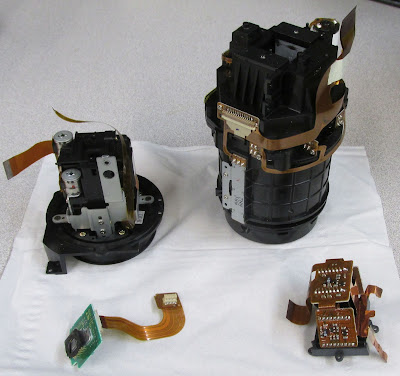 These next two pictures compare images between the two cameras, the DVC7 is first. 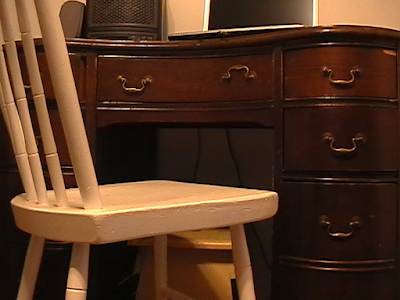 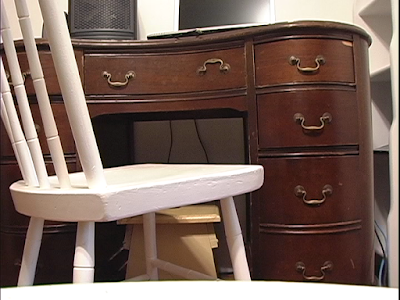 This might freak you out, but I disassembled the optics! Its from a slightly broken camera so you can breath a sigh of relief.

This is the focus assembly (No wonder there is no focus motor).  There are two coils attached to the lens that then move inside of a top and bottom magnet.  This is much like a hard rive positioning mechanism.

This is the image stabilization mechanism. Two coils one for X and one for Y move inside of magnets.

This is the iris solenoid (A screwdriver is holding it open) with the filters also visible on the right side.

Here is how to connect to the optical assembly.  The zoom motor is a conventional motor, connect power one way to zoom in and reverse it to zoom out.  The Iris solenoid needs just two pins as marked.  The focus coils (just two connections) only need a little power to move.  The other connections next to the focus coils are for the manual zoom/focus ring that is missing on this lens assembly.  Varying the voltage varies the focus lens position. 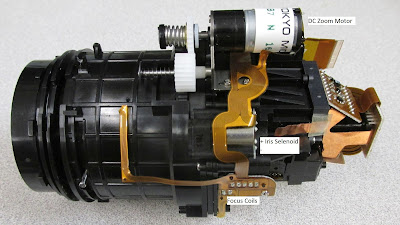 There are three optical sensors, one is for the filters.  There is a variable resistor to sense the position of the zoom.  The image stabilizer might be the hardest thing to operate. I can see the image is off center when power is not applied. That lens is what you hear rattling inside the lens assembly. Hopefully I can break it down to two coils that need to be energized. 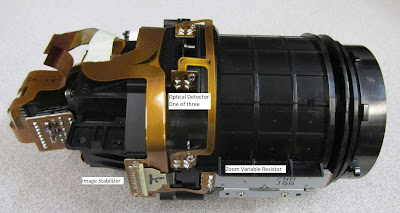