I recently purchased one of the 7 inch LCD screen kits being sold on eBay.  The resolution is 1024 x 600 so the screen image is a little compressed top to bottom.  The brightness is not that great either.  But it does work fine with a Raspberry Pi.  It also supports composite video and VGA video inputs.  It is rated for 12 volts at 1 amp but it also runs on 5 volts from an included USB connector.

This is the eBay advertisement. 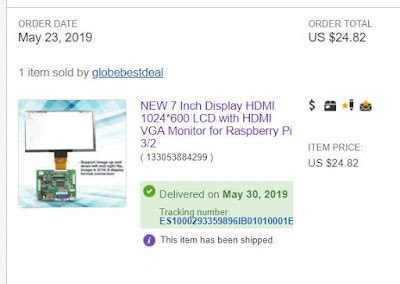 This is the screen running of a USB power cable that was included.  All you have to do is plug the screen into the interface board (there is a clip that you push down to lock it in) and add power. 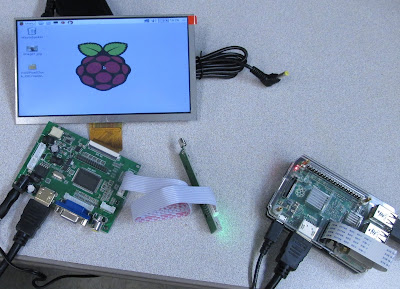 I flipped the screen orientation so the interface board can be eventually mounted on the back of the screen and switched to a 12 volt AC adapter.  It was not noticeably brighter on the AC adapter. 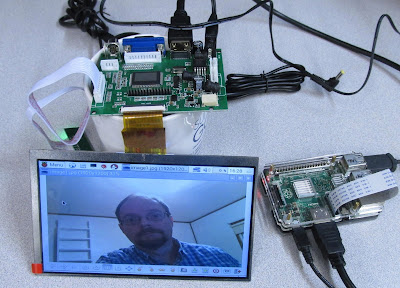 Next I bought a case to fit the 7 inch screen.  Theis is the ebay ad for a case to match this screen.

This is what it looks like when it is put together.  It took several tries as there are no instructions.  There are four layers.  The back layer is first.  Then a layer to space the screen away for the screws (You can countersink the screws instead) it has a notch for the ribbon cable.  Then the layer that fits around the screen.  The top layer holds the screen in place.  I put the top layer on wrong the first time as there was some silver metal visible on the right side of the screen. 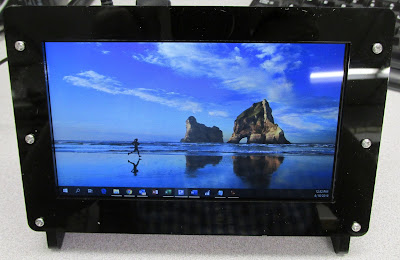 This is the side view.  The power and input jacks end up facing up. 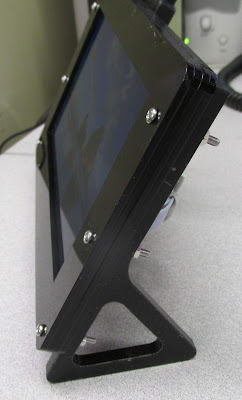 This is a back view.  I rearranged the control board so the button assignments are right side up. 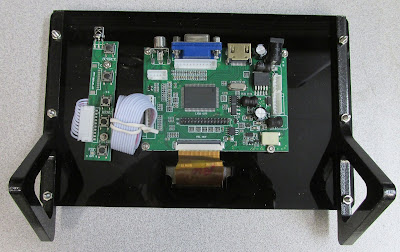 This is another side view so you can see how thin the case is when assembled. 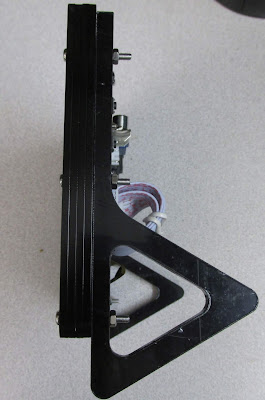 I hope to add a camera mount to the screen and mount it on a video camera.  The next question is how to connect R/G/B cables to the screen??