I recently purchased a T1000S LED controller thinking it would simplify running lots of addressable LED's.  I tried to figure out the software, resetting my computer date to get it to run but it just did not seem to be easy to do. Then I tried to find a image for the SD card with no results.  So I though I would just power it up and see what happens. WOW!  The seller had preloaded a demo on the SD card that was quite impressive!

At first I tested it with a common 32x8 LED array,

The connection was easy.  Red and black go to the power supply.  Then the LED arrays inputs go to the T1000S, red and white are power and ground, then green is connected to data. 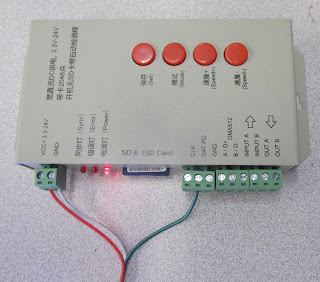 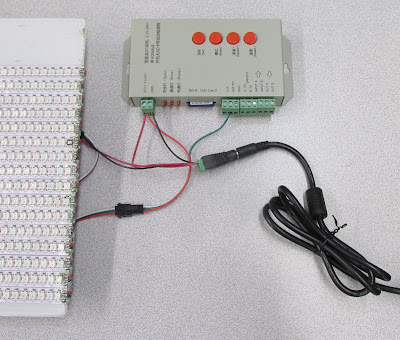 Here is a video of it running. 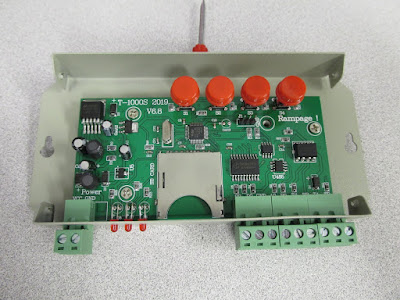 To be honest with you the T1000S software, LED Edit, is a pain and I cannot get it to work after several hours of trying!

can you give me the code in led edit to save mya mmc card..harris.rendra40@gmail.com

thanks been looking and searching for some simple way to connected and found you...as far as Led edit not sure how it works but first things first thanks..