Building the CNC 3018 DIY kit.  This is how it arrived in the box.  I purchased it slightly used, so some parts were not in their normal locations in the box. 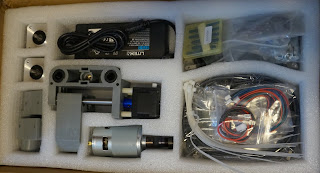 This is the electrical parts that came with the kit.  It is missing the cover and fan for the controller. 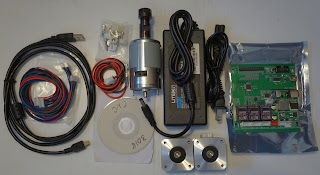 This is the smaller mechanical parts. 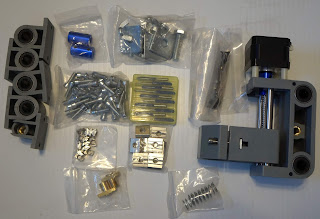 This is the larger mechanical parts.

This is the bottom side of the base once it was assembled.  Make sure it is not skewed by running all the way to one end before tightening the screws. 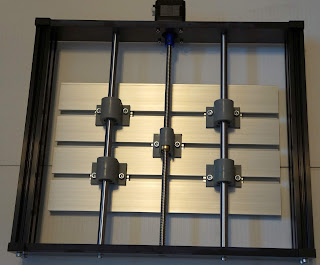 This is the top view of the assembled base. 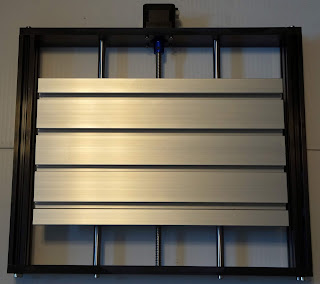 At this point I did not take any more pictures until after it was assembled.  The wire wrap was added after this picture was taken. 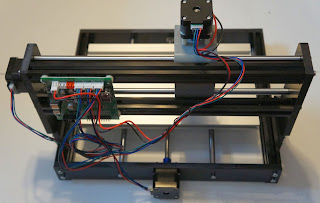 This is the front top view of the assembled 3018 CNC.  It only takes about one hour to assemble this CNC kit! 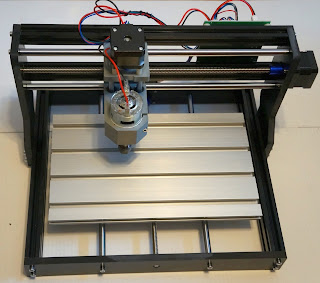 This picture compares the size of the Z axis to my homemade CNC.  The DIY Z axis on the right is as small as I could make it. 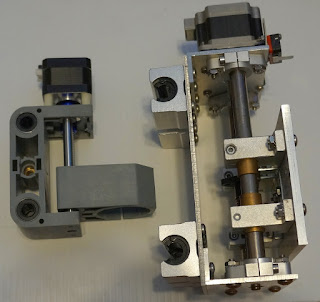 After several attempts to get the CNC to work, I determined that the CNC Controller board was toast.  I removed it and removed two of the motor jacks for this next picture.  So now I am looking to repair it or replace it. 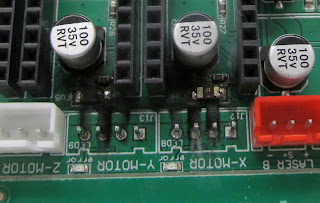 Email ThisBlogThis!Share to TwitterShare to FacebookShare to Pinterest
Labels: CNC