Western Digital WD2500BEVS laptop 250 Gig hard drives are dying like crazy.  I have had to replace 2 of them in the last week.  They are mostly found in Gateway W350 Laptops.  I have switched to Seagate hard drives my self.

I then decided to warn a Gateway laptop owner of the problem and he advised me that he had to replace his hard drive 3 times!  Hopefully it is under warranty because they die when they are exactly three years old. 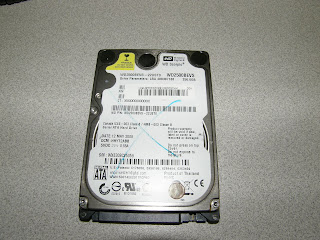