Well, as I have said before "If you do these things the land will vomit you out!" (Leviticus 18) Irene is set to do a direct hit on NYC flooding the subways and destroying thousands of homes on Long Island.

They are already calling this "NYC's Katrina" on some web sites.

Here is a picture from www.wunderground.com showing where Irene is expected to go.

In New York City around 90% (maybe more, I do not know the exact number) of the people do not have cars, they take the subway.  The subway is mostly underground and it will fill up with flood waters and take weeks to repair.  Their electrical infrastructure in mostly underground as well.  Transformers are filled with oil, but the connections to those transformers will be covered in mud.  Mud conducts electricity (as well as dirty water) so it will be weeks before the electricity can be turned back on.  The eastern 1/2 of Long Island may be wiped clean destroying thousands of homes.  This will be the biggest disaster since Katrina.


*** UPDATE ***
NYC escaped the direct impact of Irene, but the rest of western NY got hit with flooding.

Now its Tropical Storm Lee for "back to back" natural disasters.  When is enough, enough? 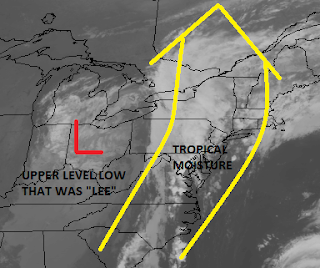