When they make me head of Internet security, I have three changes that I will make:

1. BAN JAVA and thus eliminate over 90% of all web viruses.
2. Require logging in before being allowed to send email.
3. Delete all web sites that have a Captcha on them anywhere.

Come on Internet security people these captcha things are all a total waste of time........

OK so I am upset, I spent several hours in "Captcha Hell" trying to set up an AOL IM account.  Sure you say just click on the "Play sound" button?  That does not work either.  I went to YouTube and the sound for the computer is working just fine.  I downloaded the latest 30+ megabytes of Quick Time but there is still no Captcha sound.  I thought "Quick Time" had died a miserable death a long time ago and was buried right next to "Real Audio"?  Who on earth uses Quick Time and for what reason would anyone want to use such an archaic format??  Back at AOL IM, I must have created a half a dozen accounts that I cannot access because it never accepted my information and it never asked for the alternate email account to "send a password reset" to, so no that feature does not work either.  Has anyone at AOL ever tried to create an AOL account?  They would quickly discover "AOL Hell" its right next door to "Captcha Hell".

Good thing no one is asking me to be the head of Internet security, I would work on actually making the Internet safe again.  As I often say:
"The Internet used to be like going to the library to read a book, now its like walking through a mine field".  -Bob Davis 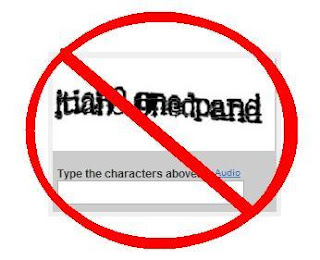