Recently one of the windshield wipers on my HHR stopped moving.  I removed the plastic cover and discovered that the wiper arm had become disconnected.  One of the little plastic bushings would no longer hold onto the ball joint it was supposed to be connected to.  After chiseling off the catches I removed the plastic bushing and figured that it would be no problem to replace it. NOT!

Next I tried Dorman kit 49447, it is a 10 bushing assortment kit, two of them actually fit the ball joint.  The ones that fit were the ones that are shaped like a cowboy hat.  To get them to fit on the arm, I had to trim the bottom ridge off to make it smaller.  Then a pair of channel locking pliers squeezed the bushing onto the ball joint. 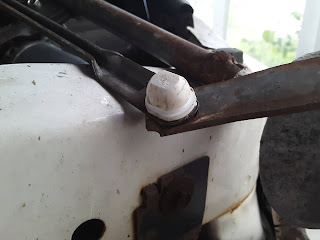 I used channel locks to squeeze the bushing into place. 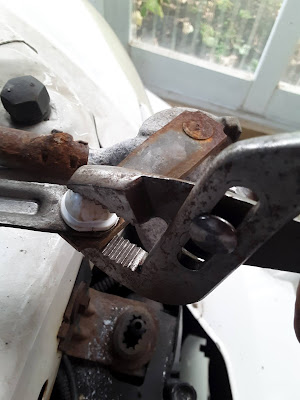 This is what the assembly looks like under the plastic cover. 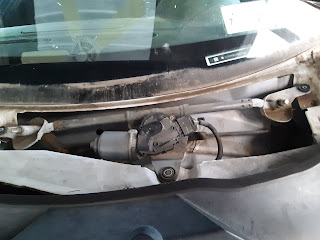 Seems to have worked. I copied what you did, thanks. Nice work.

Is yours still working?

Still working. Do not know how long it will last but it made it through winter snow and ice.