I am Rebuilding my 3D Printer with several new improvements

I am Rebuilding my old 3D Printer with several new improvements.  The parts needed have gone way down in price.  In fact you can get a 3d Printer kit on eBay for a little over $125.  That would sure save a lot of headaches when it comes to mismatched parts.

Here is the old 3d Printer, it was mostly home made other than the print head. 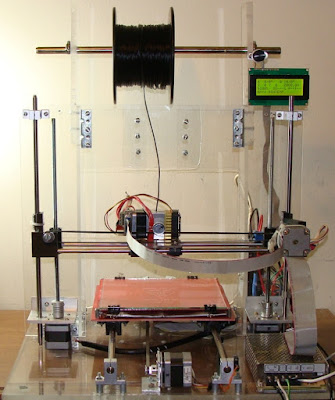 Here is the new one still under construction, it has several purchased parts that are a fraction of what they cost just a few years ago. 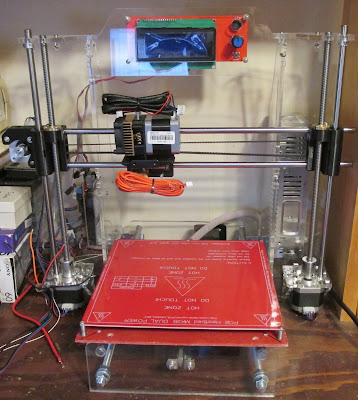 The new frame was purchased on eBay.  Someone is dumping them to the lowest bidder starting at only 5.99!  Sometimes there is no bid even at that price!  The new frame has the motor mounts built in making that part easier to do and more accurate.  The frame also comes with a mounting place for the LCD display too.  The frame did not come with front and back pieces so I made them myself.
The new print head was purchased for under $25!
The 10MM bearings under the Y axis were purchased with the mounting brackets.  I had 3D printed the mounting brackets on the old one but they kept breaking and were eventually glued together.
The Z axis is now using 8mm leadscrews with matching nuts.
The power supply is mounted in the frame on the right side.
Now to get it wired up and working!