I purchased a Sony BPD-S1500 Blue Ray DVD player because I had accidently bought a Blue-Ray DVD.  After about a year of occasional use, it stopped working.  The symptoms were that the logo would show up, then the screen would flash blue, then nothing.  The DVD tray would still open and close but there was nothing on the screen.  It looked exactly like a Raspberry Pi trying to run on a lame power supply.  I opened up the case and discovered four pads next to the power jack.  These would normally be used for power filter capacitors to help stabilize the power.  The front two pads are power and the back two are ground.  I added a 100uF 25 volt capacitor to the pads.

The unused pads are circled in red in this picture. 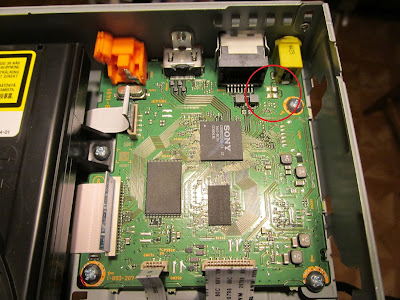 Here is the capacitor I added, the leads should have been cut shorter. 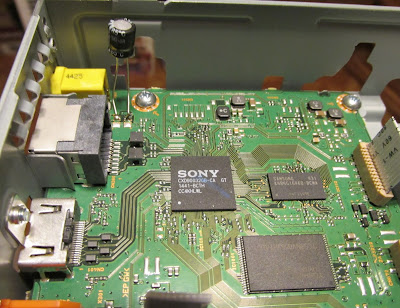 Sure enough this simple repair fixed the DVD player.  I am watching a movie while I write this!