Sometimes it just makes sense to fix things yourself. The air deflector on my van was scraping on the road whenever I hit a bump. It would really catch on parking lot blocks and curbs. So I parked it on some bricks and crawled under there to see what was the matter. First there is a plastic piece that is missing. Second the bolts that are there do not line up to catch the holes in the plastic. To fix it I used two large three inch washers, two about six inch pieces of strap, and two 1/4 inch bolts with nuts and washers. 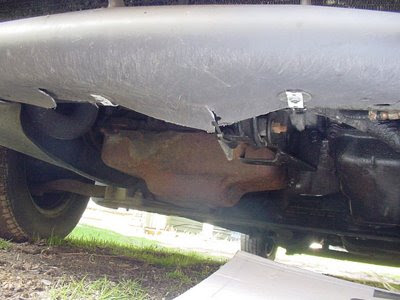 In the first picture you can see the over all view with the two white metal straps. Notice how rusty the oil pan is. It could have used something to hold up the center of the air deflector as well. I had used a plastic wire tie there at one point to hold it up and it has ripped a slot through the plastic over time. 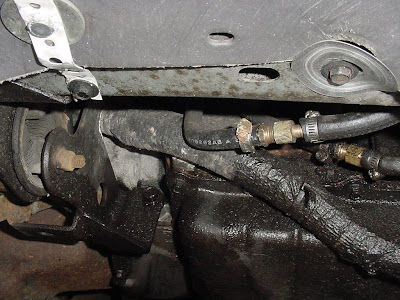 In this close up picture you can see one of the straps and one of the 3 inch washers. To be honest the washer should have been made of a heavier metal and it should have had a smaller center hole. I was just using whatever I had already sitting around.