There are several Bitdefender 2010 and Microsoft Outlook problems

In early 2010 we switched from using Kaspersky Anti-Virus because it was hanging up computers for ever even with a clean install of Windows. After some research and some 30 day trial runs we decided on Bitdefender. However Bitdefender and Microsoft Outlook do not get along very well. There are three problems that we have noted so far;


1. Timeouts while sending and receiving email. The solution is to set the timeout in Outlook to 4 minutes or more for each mail account.

2. Messages stuck in the ‘outbox’. Use ‘alt’ ‘control’ and ‘delete’ to make sure there is not another copy of outlook running. The solution is to restart outlook, open the message and send it again. Also you can also turn off Bitdefender anti-spam and this might cure the problem. 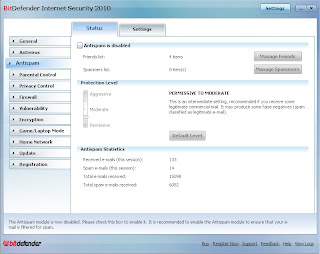 3. Lost messages. Some messages disappear after they are received never to be seen again. So far this has been proven false every time someone made the claim.  Usually they had stopped receiving email all together.
Don't forget to change the time when Bitdefender scans for virus’s to only once a week. 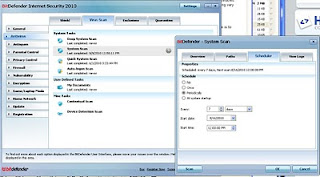 If your computer only has 1 gig of Ram, even if just running Windows XP, upgrade it to 2 gigs. Once we installed Bitdefender the computers consistently went over 1 gig of memory. In fact my system likes to sometimes go over 2 gigs! That is when running IE8, FireFox, Outlook, Publisher, Word, and AIM. BTW - IE8 is a huge memory hog, I have seen it use 750 megs of Ram!

Something else we are looking at is a problem with FireFox not starting. I do not yet know if this is a Bitdefender problem. The solution is to use ‘alt’ ‘control’ and ‘delete’ to see how many copies of FireFox are running, (Sort the list alphabetically) then shut them all down. Then restart FireFox, so far this has worked every time.