One of the Viewsonic VG-175's LCD's that I had repaired years ago came back again for another repair. I suppose the only permanent repair would be to replace all of the capacitors but that is not an easy thing to do. This time it looked like a loss of horizontal sync and the culprit was C55 a 47 uF capacitor at 25 volts, or at least that is what I used to replace it. It is the light blue capacitor standing straight up near the middle of the picture of the circuit board. 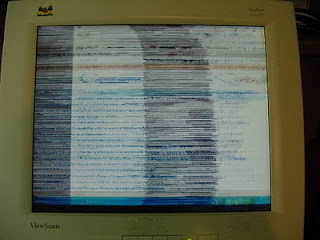 Note that C19 was previously replaced it causes the picture to turn into dashes all over the screen. It is the dark blue capacitor kind of laying down near the center of the picture. 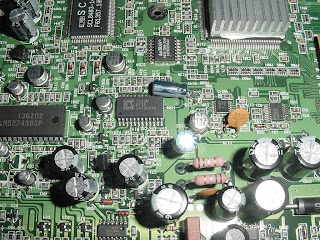