I have come across a new tool for computer / network repair called 'the dude'.  I just used it to figure out why a server was not available to everybody.  When I clicked on the server under 'the dude' it noted that there was no DNS name for the server!  So I went to the server and changed some of its DNS settings, then restarted it, and then it worked fine.  This was after about 4 hours of fighting with the server because just 2 computers could not log into it.  One of those computers was mine!  It worked fine the way it was for everyone else? 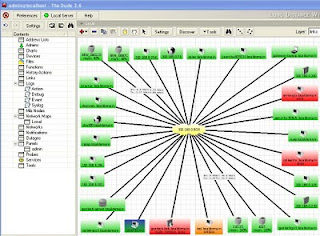