Last year I started a small raised garden.  I started the plants indoors in March and then moved them outdoors into two raised beds made out of 2 by 6's.  Each one was about 8 feet by 3 feet in size. 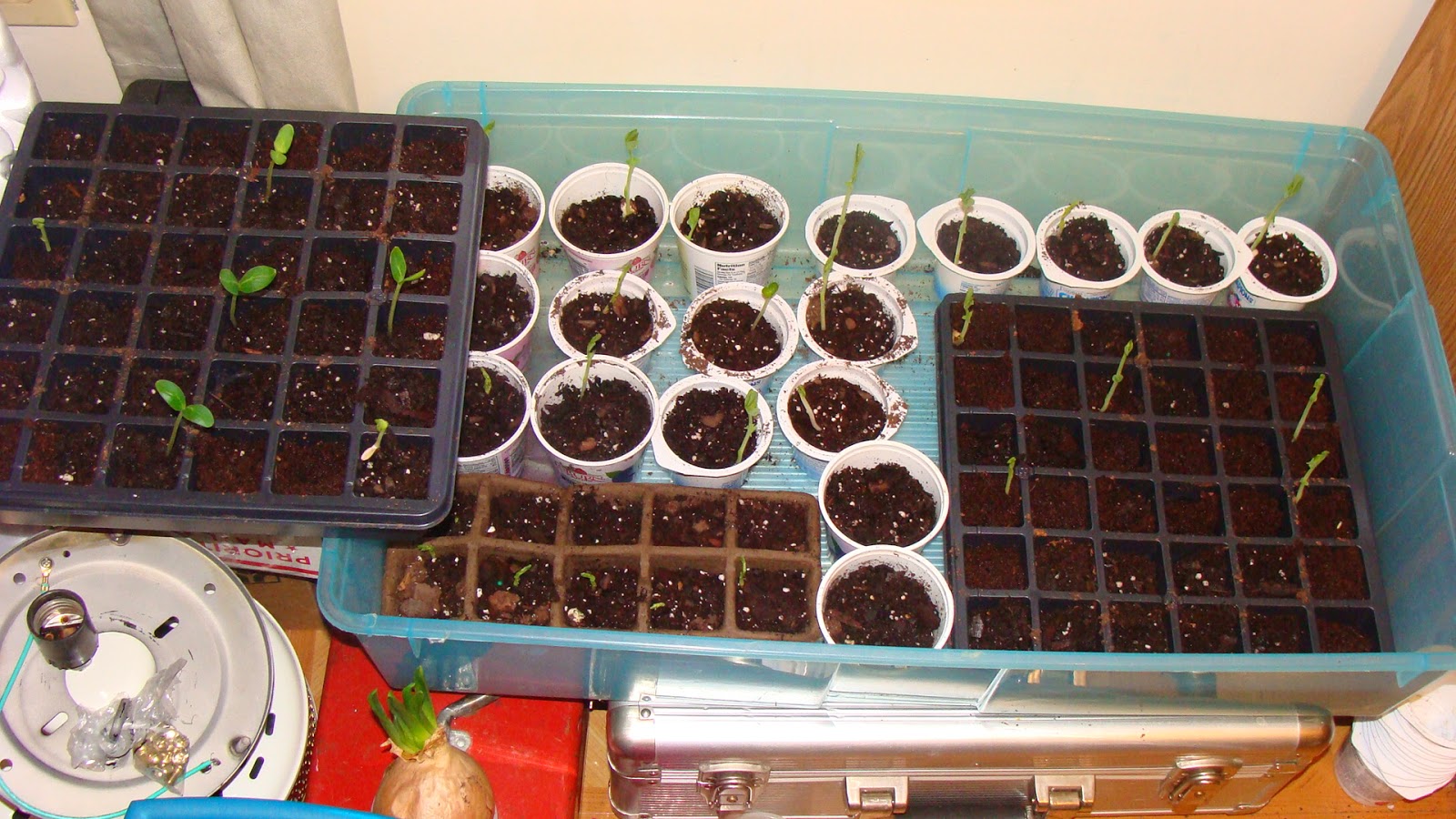 Here is a picture of them after about a month.  The cardboard type of seed starters are better than the yogurt containers in the long run.  They are ready to go in the ground, half of them are already planted. 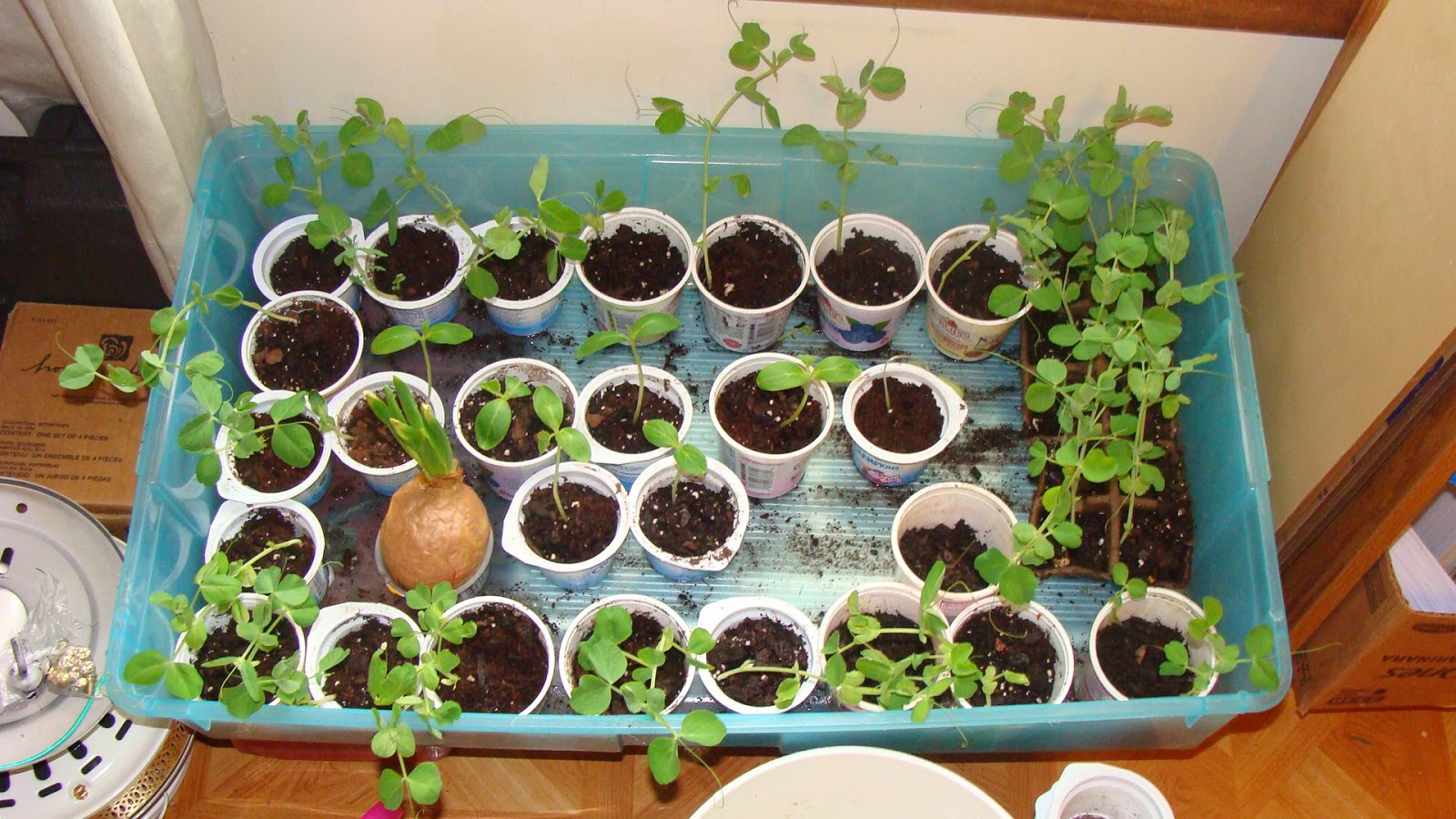 Here is what my garden looked like last year when everything was first planted outside.  The peas are in the front row. 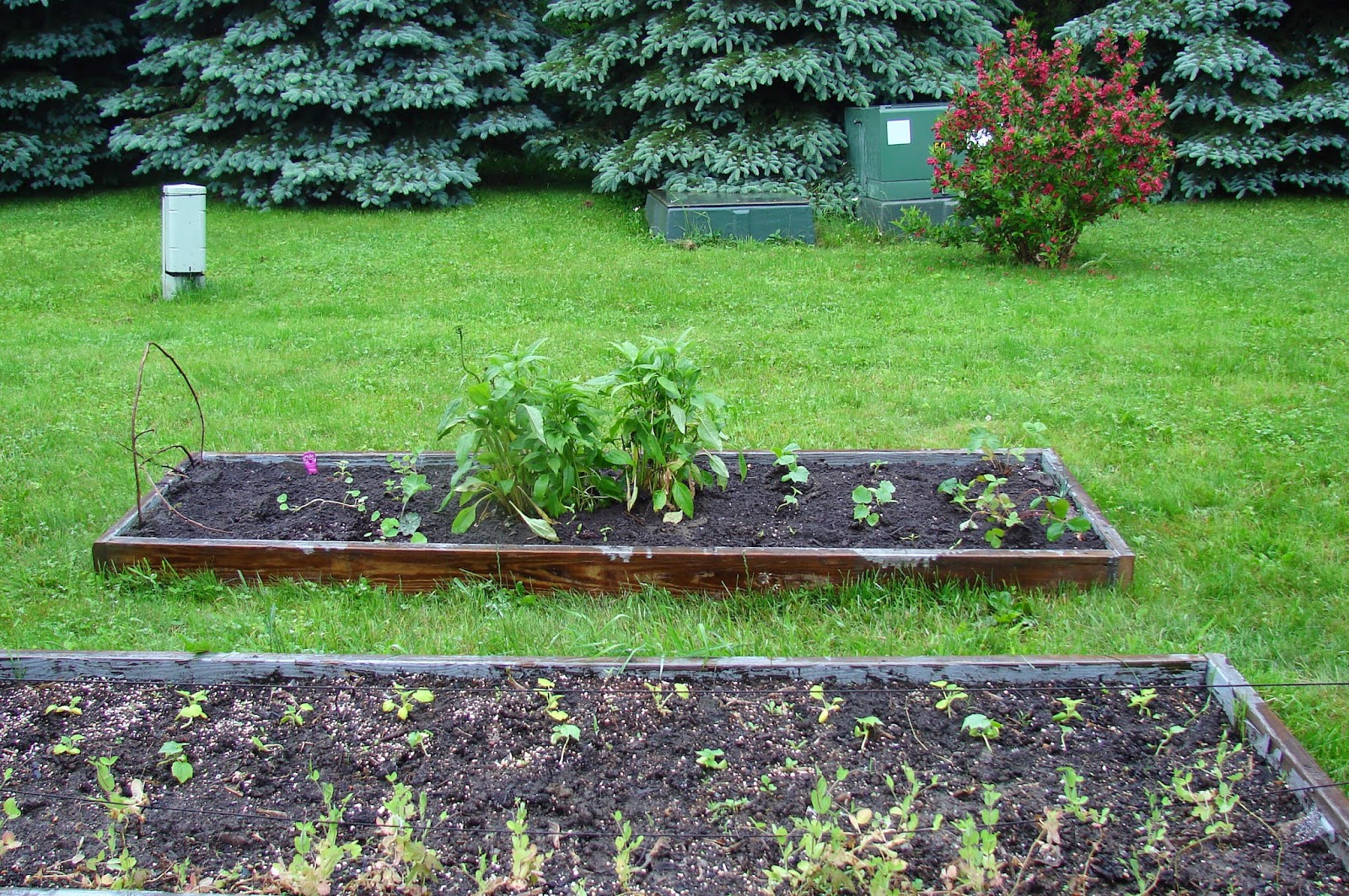 This is an update - the garden in June. This is what the garden looked like at the end of last summer.  The peas have died and cucumber and zucchini have taken over. 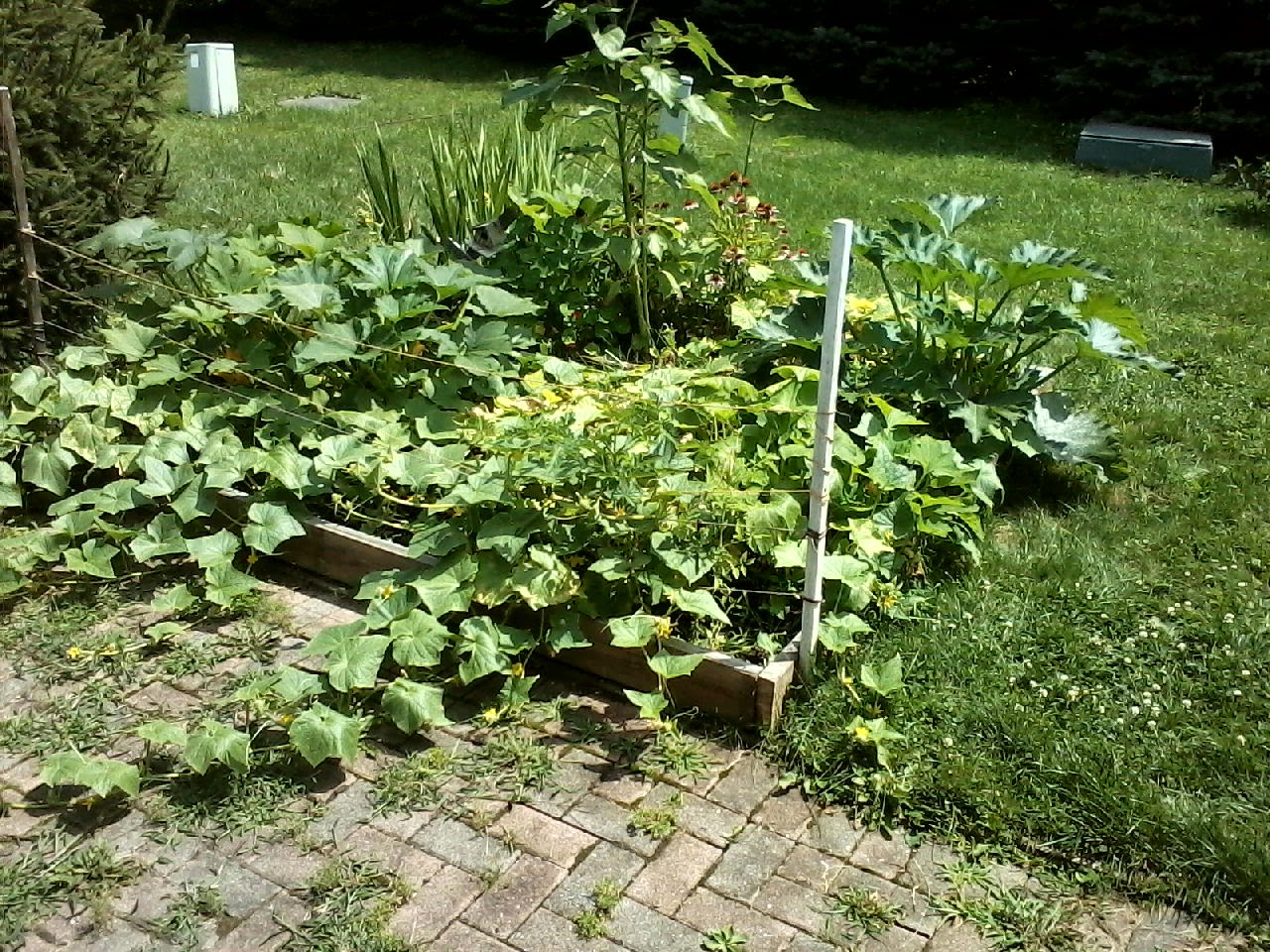 Another secret to gardening is to use rain water.  I have a large plastic trash can that fills with rain water to keep the garden watered.  If you must use tap water then let it sit overnight first.

I am working on making my own Arduino powered CNC 3D printer and light duty milling machine.  It started off as just some pieces of Plexiglas and parts salvaged from some old scanners and printers.  I will likely write my next book about building your own "Arduino CNC Projects". 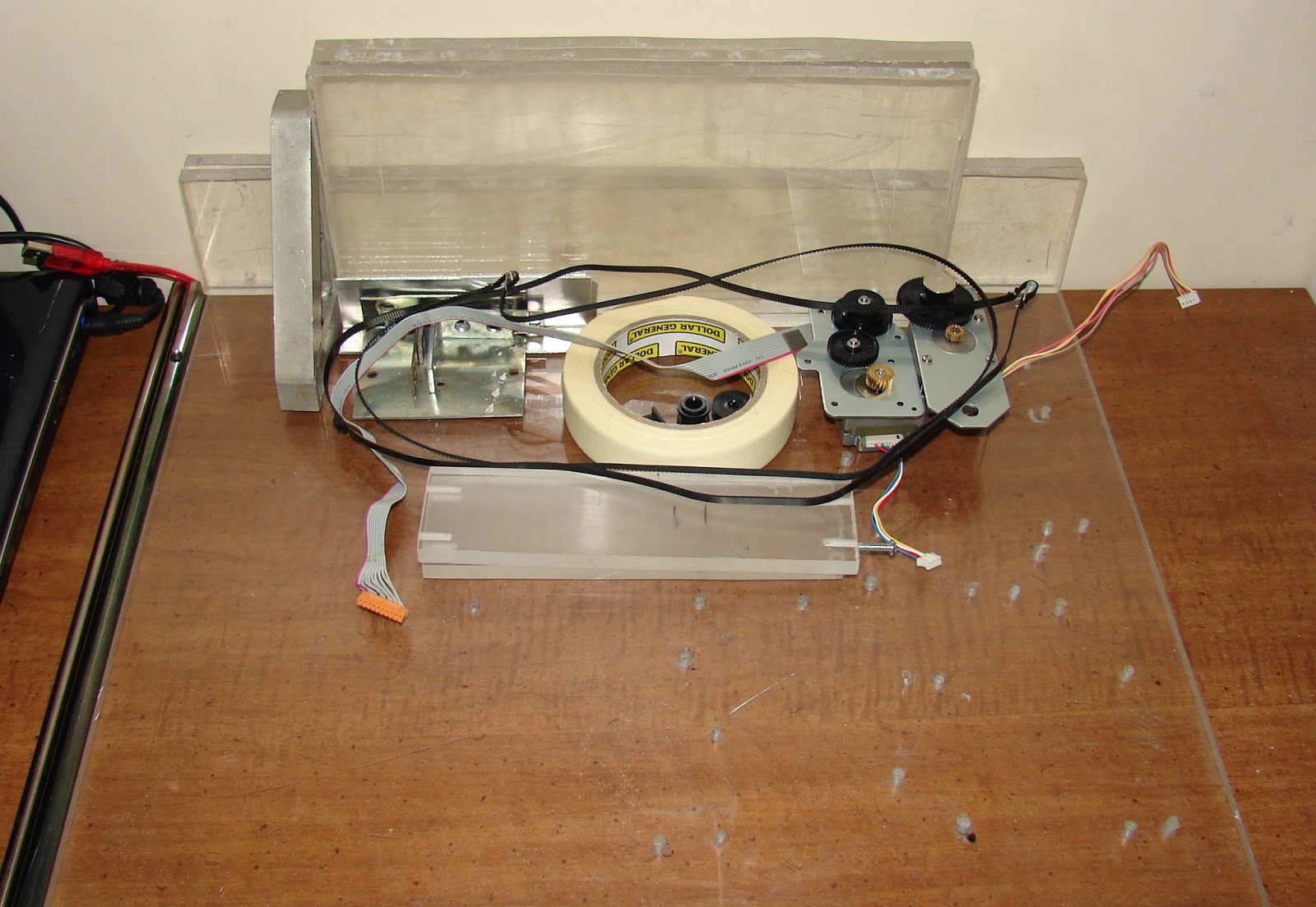 I added some wood for the main platform and used an old LED sign board to hold the electronics.  The Robo raptor is jealous that I am no longer playing with him. 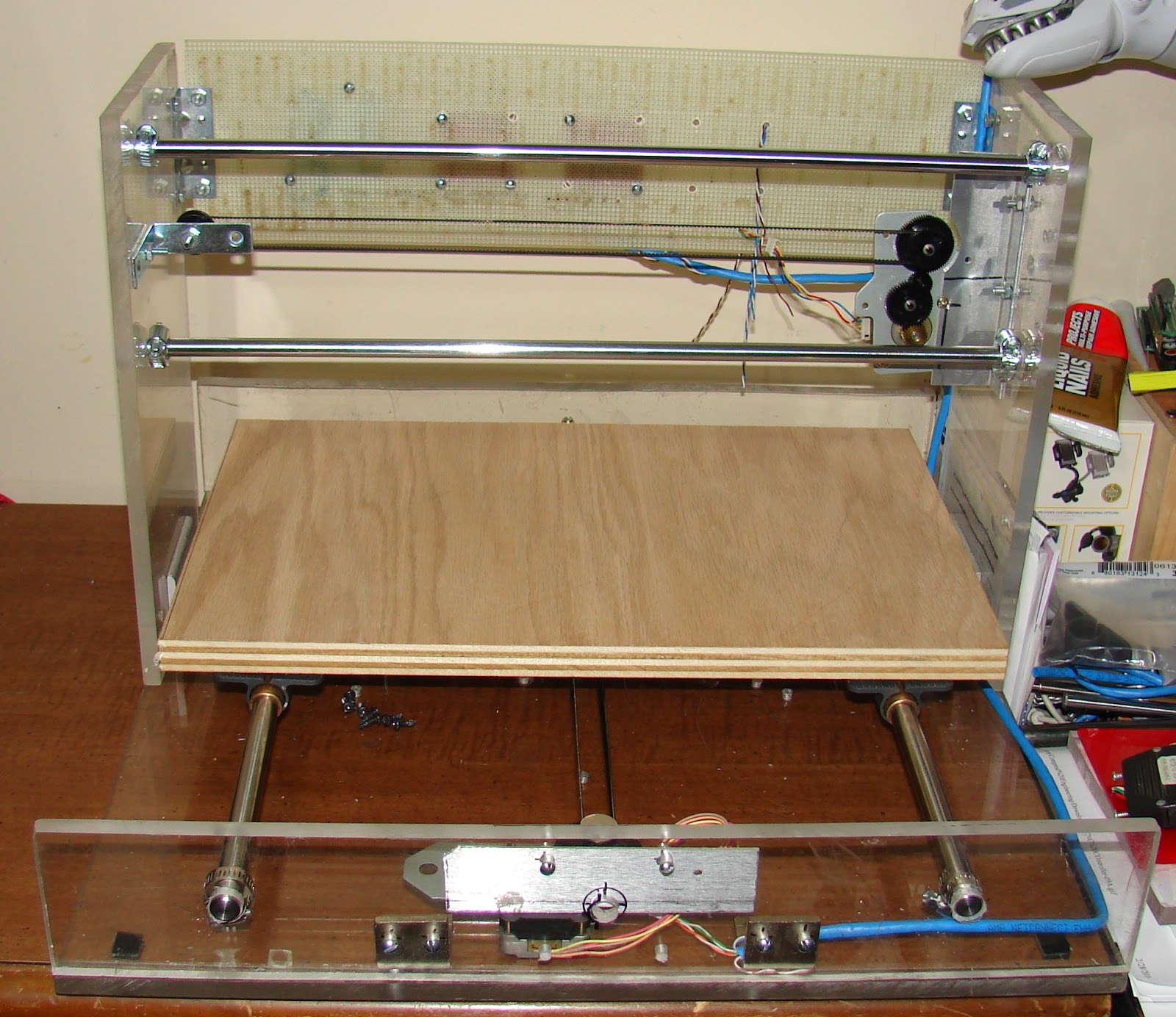 I bought a ball screw drive for the Z axis on eBay and figured out how to mount it.  The X and Y axis were belt driven but kept binding up and had too much play in them. 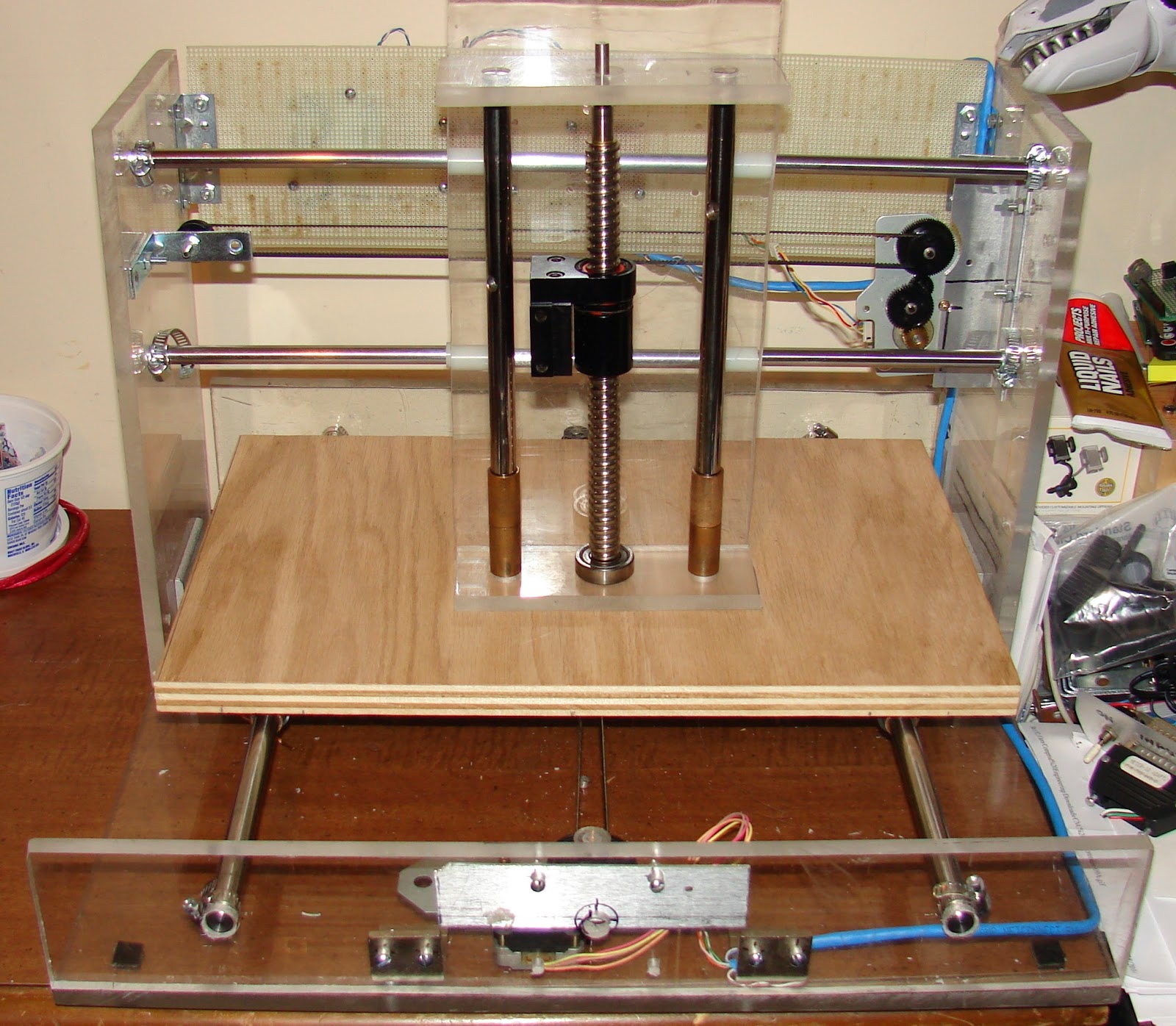 Next I upgraded to NEMA 23 stepper motors and ball screw drives for the X and Y axis.  Now it runs much smoother. 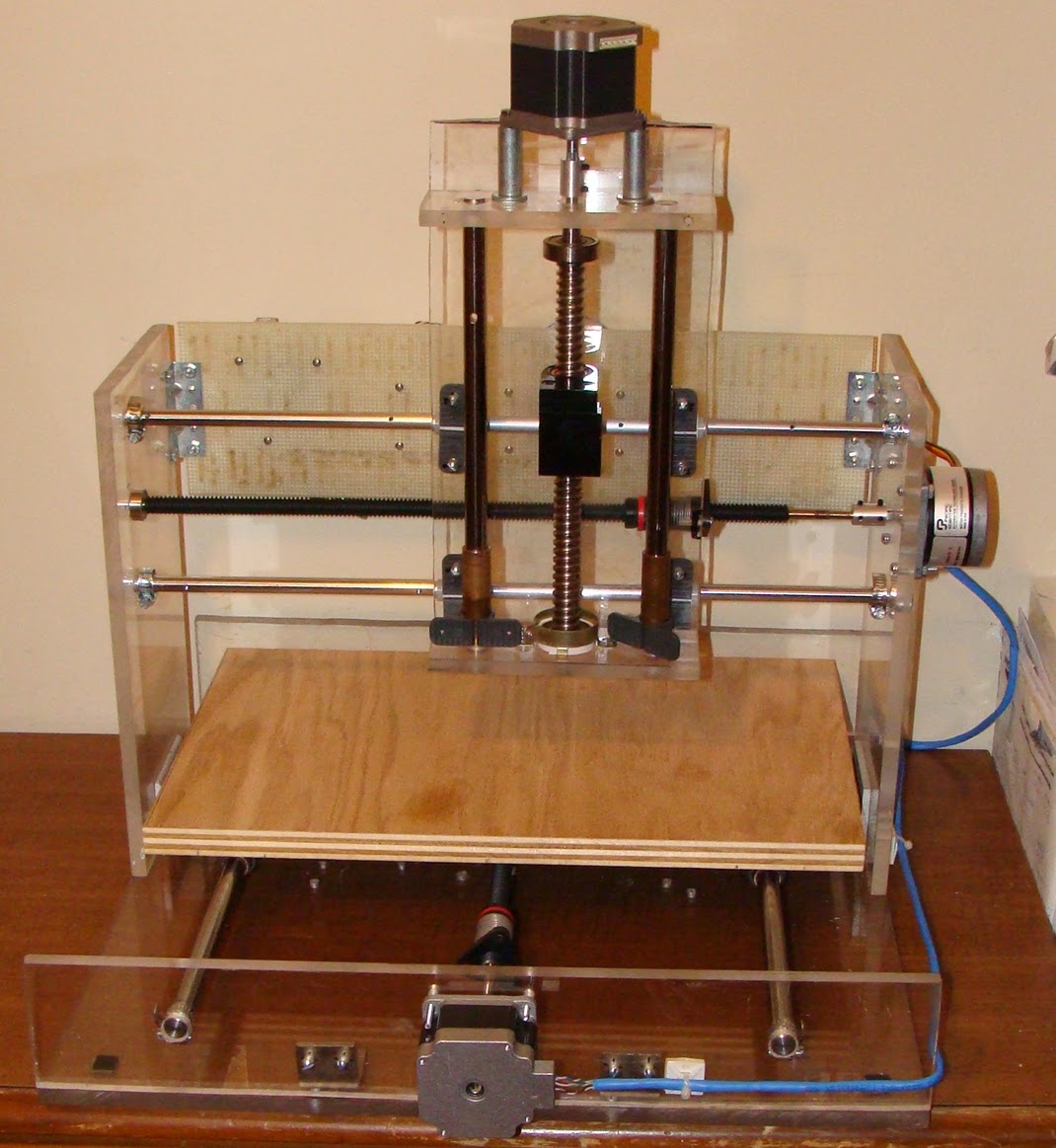 The mechanical part is just about done, but the electronics will need a lot of work before it starts running. Currently the Arduino is driving the steppers through some L298 driver IC's.

Here is the electrical so far.  I have built a L297 interface board but it is still not working properly.

Here is a link to the video on youtube: https://www.youtube.com/watch?v=RL-55GaYAvs

Years ago I was in Africa with my brother.  We were setting up a video Bible school and we purchased a large TV to show the video's on.  However the guy using the TV only had a bicycle to haul it around with.  I thought "If only I could send over some Projectors!"  That year we started sending video projectors to Africa.

Last year I refurbished over 20 Video projectors for use in Africa and in the Philippines.  This year I have already purchased over a dozen used projectors that need to be refurbished.  That included cleaning and adding a new air filter.

My brother just took a load of projectors over to Africa and sent back these pictures of happy pastors.  He includes a Video Bible School and some of his teaching Video's. 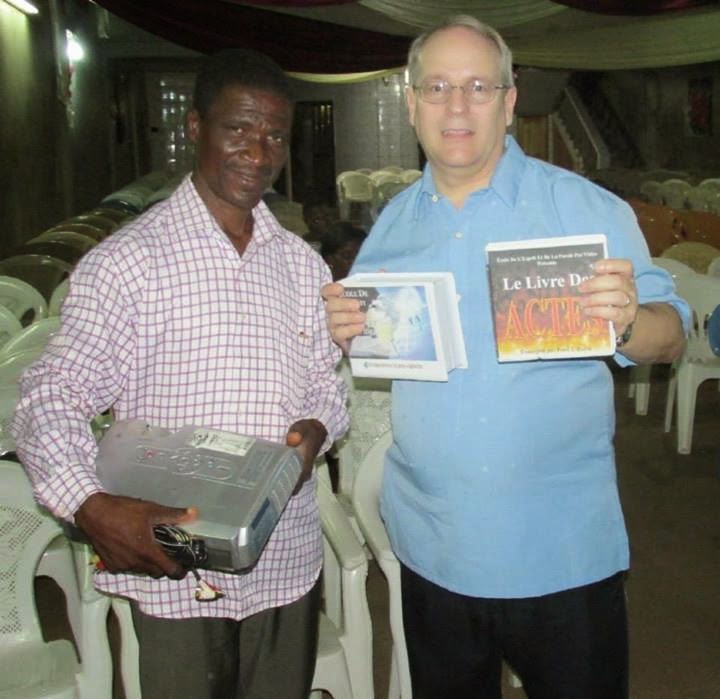 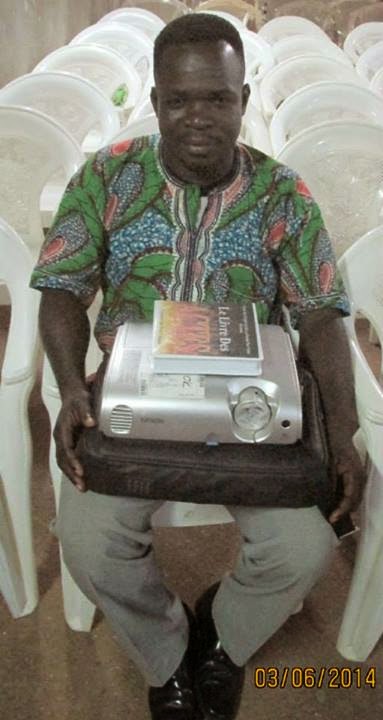 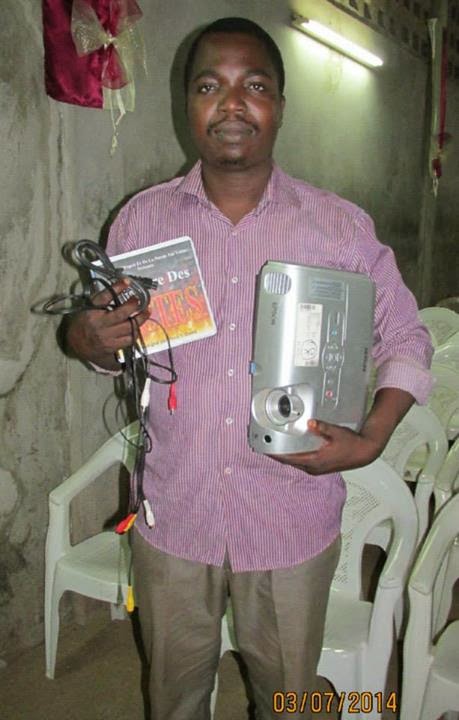 We need DVD players, power cables, VGA cables and A/V cables.  If you have any you want to donate let me know.
Posted by Bob Davis at 12:53 PM No comments:

Last night I attended the RAWNY mini Hamfest in Tonawanda NY.  It was actually fairly well attended and I got rid of at least 3 boxes of stuff as well as sold about 5 or 6 books. 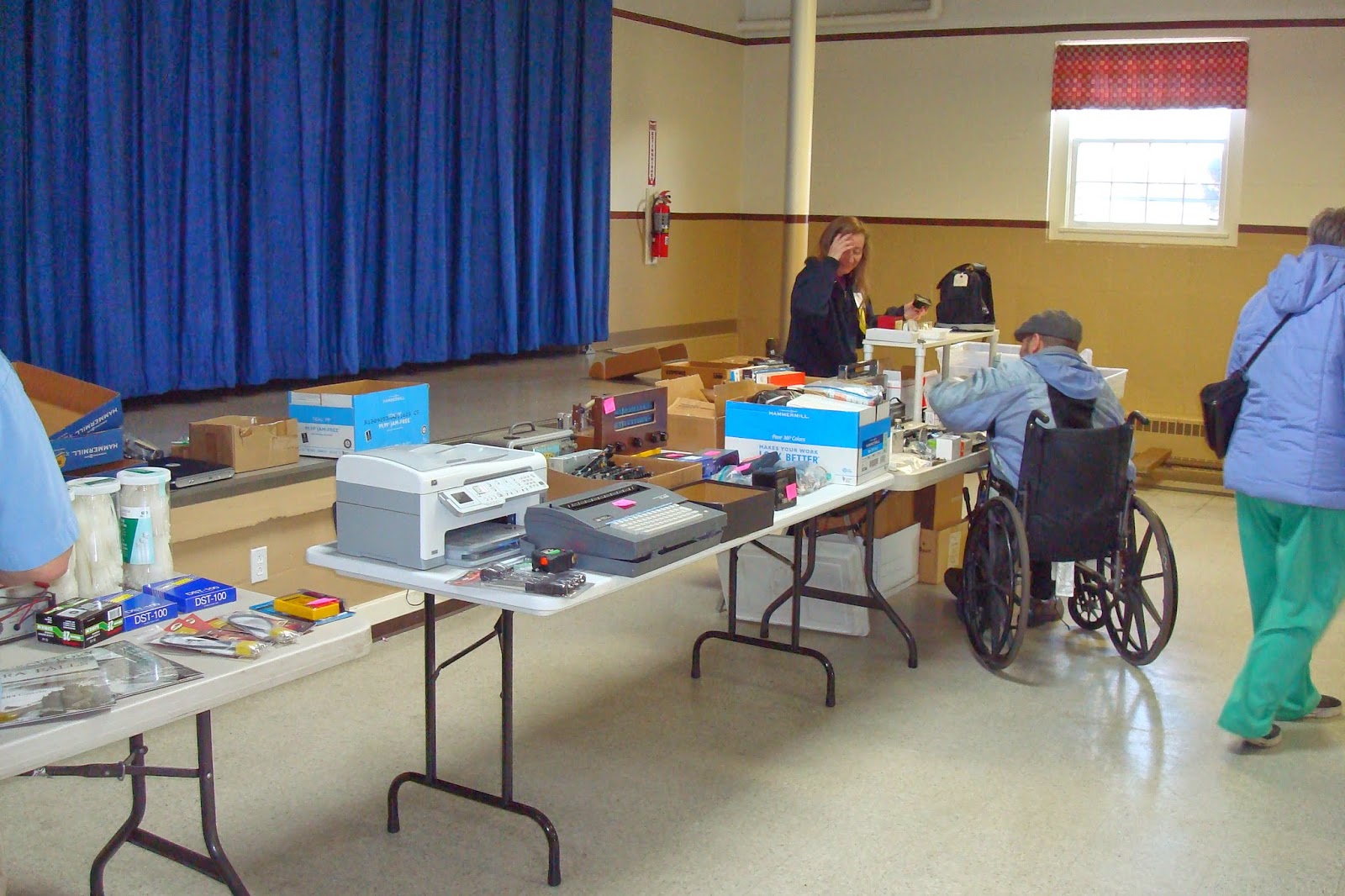 Here is a picture showing the awarding of the prizes. 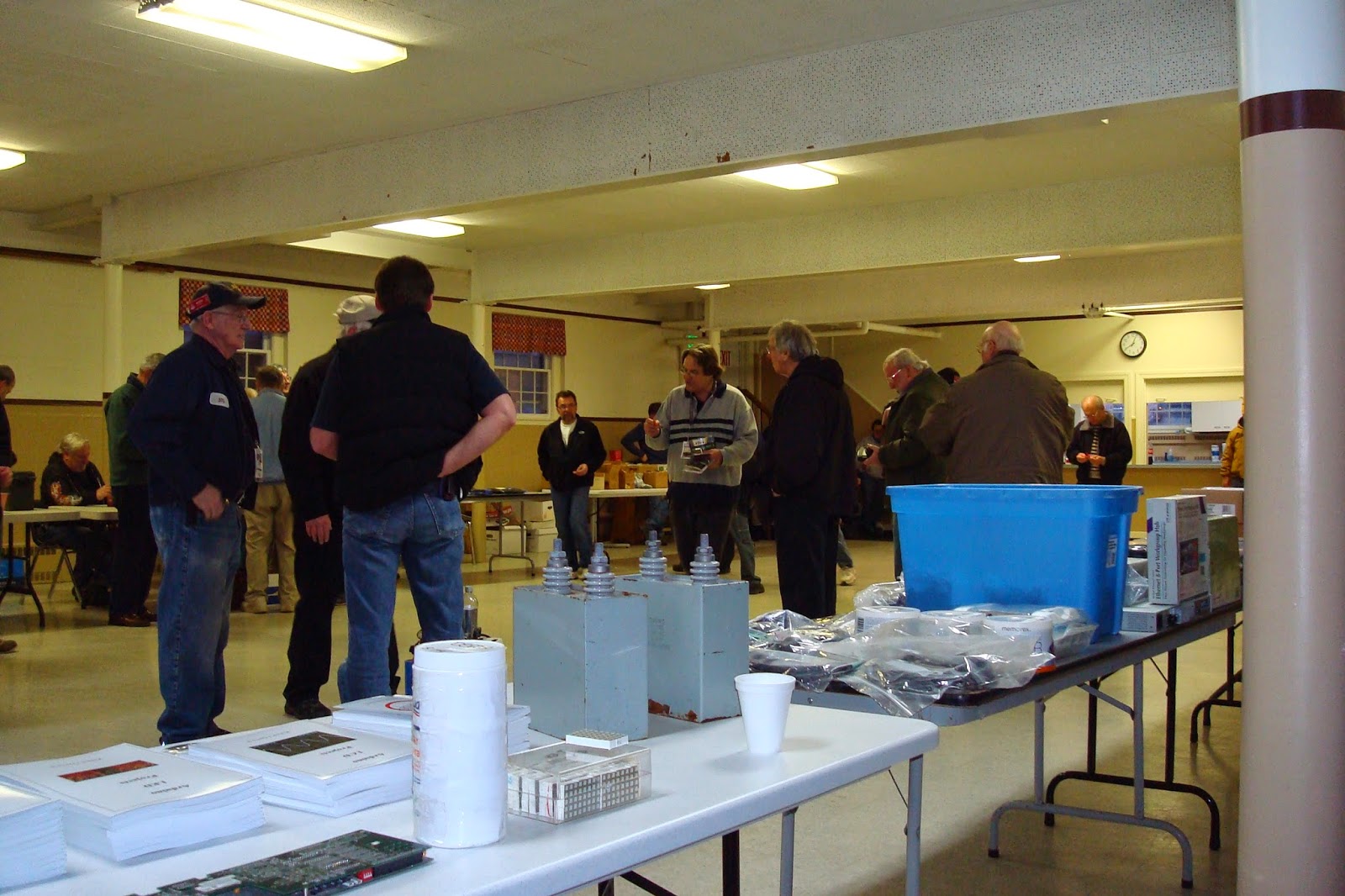 Here is my table.  Someone said that i had the cleanest table there.  I had all my free junk hidden underneath it! 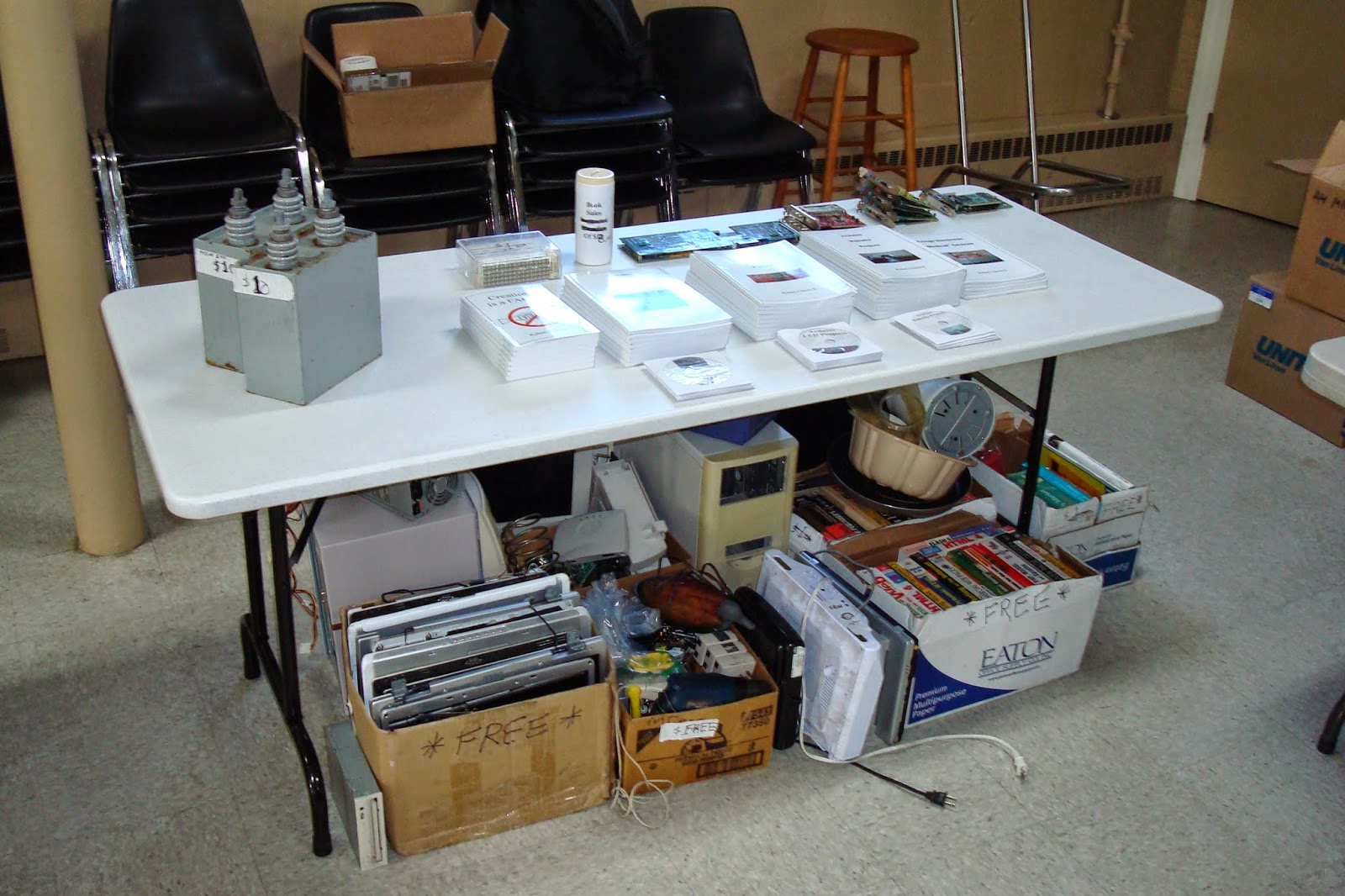 I might have brought home almost as much stuff as I took.  I collected several 12 volt 5 amp AC adapters for free.  I purchased many VGA cables for $3 each.  I even picked up something that I did not know what it was.  I think it might be a serial port RS-232 to Coax converter.
Posted by Bob Davis at 8:13 AM No comments: