I am building another humanoid robot, this time with what are called "robot", double ended, servos.  This picture is what he looks like so far. 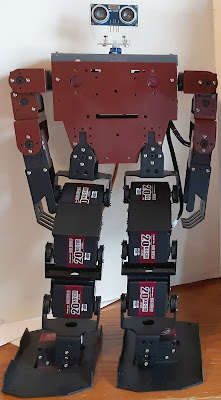 I even went a step further and purchased "Serial bus" servos.  They require a special controller and then you need to program them with ID numbers.  This next picture is what a robot bus servo looks like.  Only one end is powered the other end has a servo horn that slips freely. 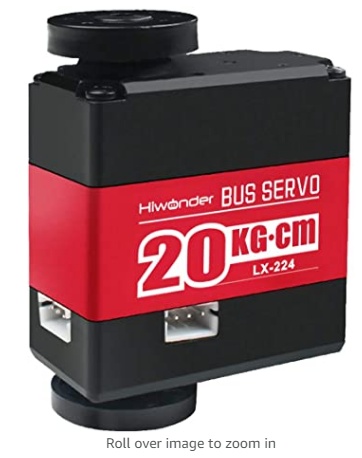 If you buy five of the LX-224 servos on Amazon they then come with two controller boards.  One controller works with a PC only and the other controller has a built in processor for off-line operation.

Here is the advertisement that got me started on this new robot project.  Only $40 for the metal parts (you need to get the servos and the controller) is a really good deal.  It also comes with bags of screws. You can ignore the boxing gloves in the picture, it has regular hands. 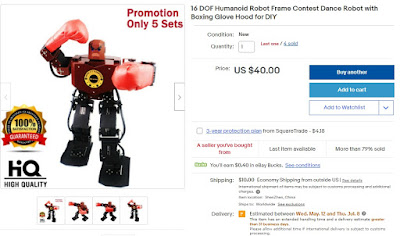 Here is a close up of what the assembled robot normally looks like. 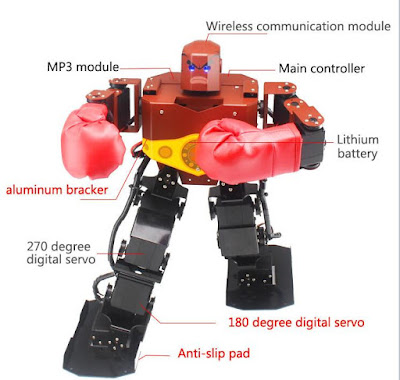 I did not like the angry head that the robot came with, so I changed it to a ultrasonic range finder instead.  This required a new top piece that I made out of some scrap aluminum.  His front cover and battery holder has not been added yet. 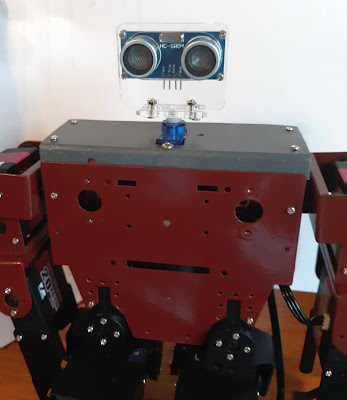 For size comparison I stood the new robot next to a humanoid that uses normal servos.  The robot servos are smaller in size resulting in a smaller robot.  As you can see his feet are much bigger, but the rest of the robot is smaller. 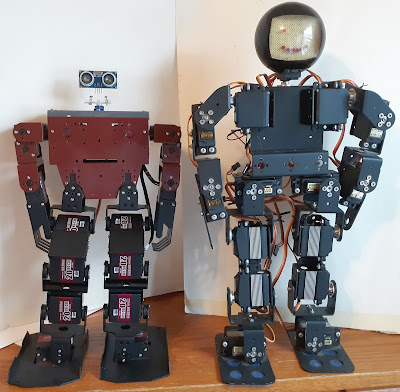 This is the robots size chart according to the eBay advertisement. 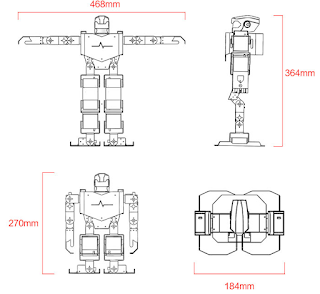 I have added a battery, processor and all the cables.  Getting close to operating! 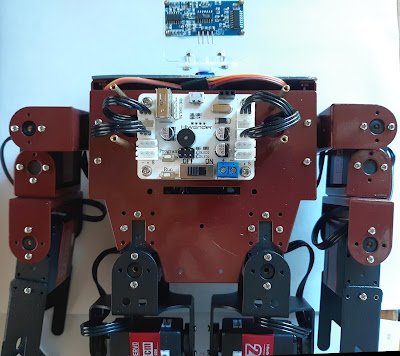 I have been having Problems with 5 volt 15 amp AC Adapters.  Three of them have died in the last 2 or 3 months.  I opened them up and the capacitors are blowing up.  I have been looking for a solution for a while because they run too hot.  I use them to power my signs and the sign is limited in brightness so it only consumes 12 amps.  In fact I have powered one LED sign with a 10 Amp AC adapter for a few months with no issues other than a warm AC adapter.  Recently I went on Amazon instead of eBay and found a better 5 volt AC adapter!  Here is the ad on Amazon: 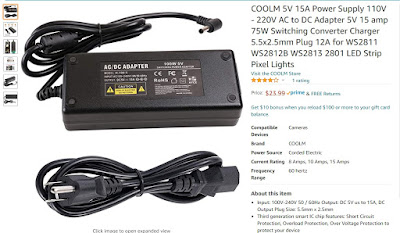 The advertisement even shows the insides of the Ac adapter to show how it is built better. 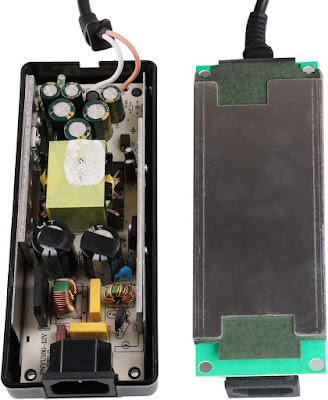 This next picture shows the insides of the dead adapters. You can see the blown capacitors.  One of the power supplies from Amazon is shown on the left so you can see the size difference. 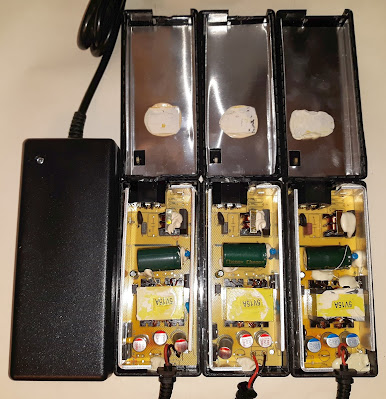 I replaced the capacitors and two out of three power supplies are working again.  I think a bigger issue is the choke coil that is usually in series with the output of a switching power supply is missing.  With the coil removed, you are pulsing say 10 volts into a capacitor to get an average of 5 volts out.  This is hard on the capacitors making them run hot. 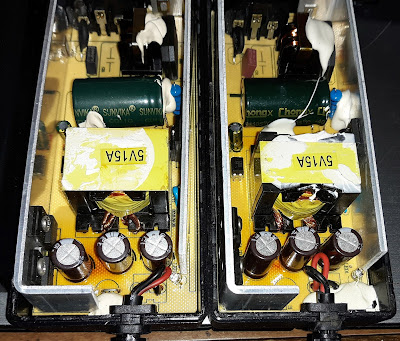