Better Business Bureau to the rescue

First of all let me warn you.  You have 30 days to get Verizon Internet working or you are stuck with a $160 disconnect fee even if it does not work.  DO NOT give them another chance - it will cost you $160!  Secondly even if you do call, write and mail everything back to them they will not disconnect you and will keep sending you bills and threaten to destroy your credit if you do not keep paying.

I blogged before about my Verizon problems but here is a quick recap.

Well after a few days of terribly slow connection speeds I called up tech support.  The person was very helpful thought a bit hard to understand.  They quickly determined that I had a connection problem.  After about an hour of troubleshooting we removed the Y adapter and the Internet seemed to work.

The next day the Internet was not working again.  After restarting the box several times over several days, and trying several different telephone jacks I called them again.  This time I was told they could not tell if I had a problem but a 24 hour monitor was possible if I wanted to spend 1/2 an hour on the phone to set it up.  the first problem is that it takes 1/2 an hour to get to a real person.  You have to enter your data over an over again and when you get to a live person they will ask for that information once again.  I did not have the time so I told them to do the 24 hour monitor and hung up.  Of course they did not do it.

The next time I called I was very fed up and the guy begged me to give it one more try.  By this time I had received and paid two bills one for $75 and one for $85.  The tech support guy promised that they would have a guy at my house on Tuesday so I gave in to allowing them just one more try to get it working.  My wife stayed home Tuesday, but no one came.  On Wednesday they called wanting to know where we were.  When I got home the Internet was working, but it only lasted a few hours.

So then I contacted the Better Business Bureau.  They contacted Verizon and a lady from Verizon called me to say they were disconnecting me and refunding me all of my money!  Yea for the BBB!  This whole process took about 4 months.  I still have no Internet but I might try the cable company next.

AVG was my favorite anti virus program for years.  I converted a place where I worked to using it after it found as many as 2 virus' on a computer that was running the number one anti virus program.  But its time has come and gone.

The problems started when you could no longer down load AVG free to a memory stick and take it with you to Africa or other places where there is no Internet access.  But now they have even topped that mistake.  After not being able to install it on numerous computers, that had working Internet, I discovered the source of the new problem.  Like so many other applications you now need almost 1 gig of memory to install AVG!  That is total insanity!  This picture below is proof of the problem; 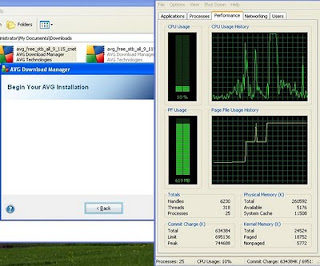 Note how the memory usage jumps from under 250 megs to 619 megs when you try to install AVG. If you do not have enough memory, after what seems like an eternity, it will time out and fail to install. Sorry to say it but its 'good bye' to AVG.
Posted by Bob Davis at 1:18 PM No comments: 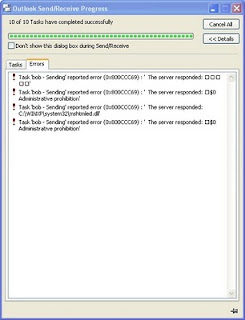 MS Outlook sometimes comes up with a error 550, Administrative prohibition, or 0x800CCC69 error message.  It has to do with proper authentication.  The solution is to authenticate before sending your emails. Just check the box as seen in the picture below. 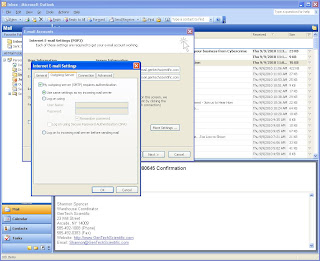 Update on my predictions for this century

Back around 2000 I made several predictions as to what will happen in this century.

Basically I said that we will eliminate tires and wires.  Wires because everything will become wireless, even our electricity.  Recently I talked with someone working on a device that will run off your septic gasses and produce the electricity needed to power your house.  There are some farms that use the cow sewage to power their farms already.

Wires may also need to go away because of the danger of solar flares combined with our planets weaker magnetic fields.  This might lead the a melt down of our entire power grid.  Fiber optics would be immune.  Many are recommending that you stock 30 to 60 days of food just in case this happens and our food chain is shut down for a month or two, maybe even longer.

Tires will go away because cars will fly.  I am still working on that one, but the theory is that magnetic fields can warp gravitational fields.  My experiments have launched a 5 inch round aluminum washer over 30 feet into the air.  The g-force would kill a rider as can be seen in some of my video's.  But I have a theory of a more controlled method of launching a 'saucer'.  More to come on that.
Posted by Bob Davis at 1:05 PM No comments:

WordPress - Clean up your Database!

I was working on our WordPress database looking for an error in one of the posts.  While using a PHP based SQL editor I discovered that every post had about 6 or more copies of itself.  They were all the previous revisions of that post.  Then I realized that records of revisions is why our SQL database is so big! 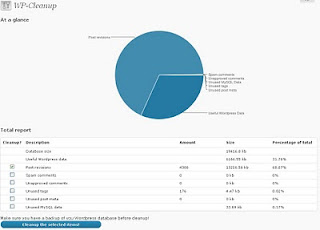 So then I looked for a way to clean up that huge database.  I came across a plug-in called 'WP-Cleanup' and it worked great!  It easily reduced the database size from 19.4 megs down to only 3.4 Megs!  I would highly recommend WP_Cleanup for anyone using WordPress.  It should be run once a month not once a year. 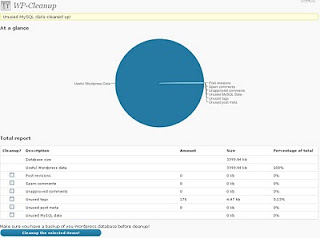 Now I am looking for a way to get rid of all of the unused pictures, there must be thousands of them!
Posted by Bob Davis at 12:57 PM No comments: