Building my own 3D printer based upon Prusa and Mendel90 designs

I have been trying to build my own 3D printer.  I am trying to use "off the shelf" parts as much as possible. I did end up buying X axis ends on eBay.  I designed and made my own stepper motor mounts.

Here is a picture of the frame as I first assembled it.  The blue tape is so I can write on it for my hole markings. 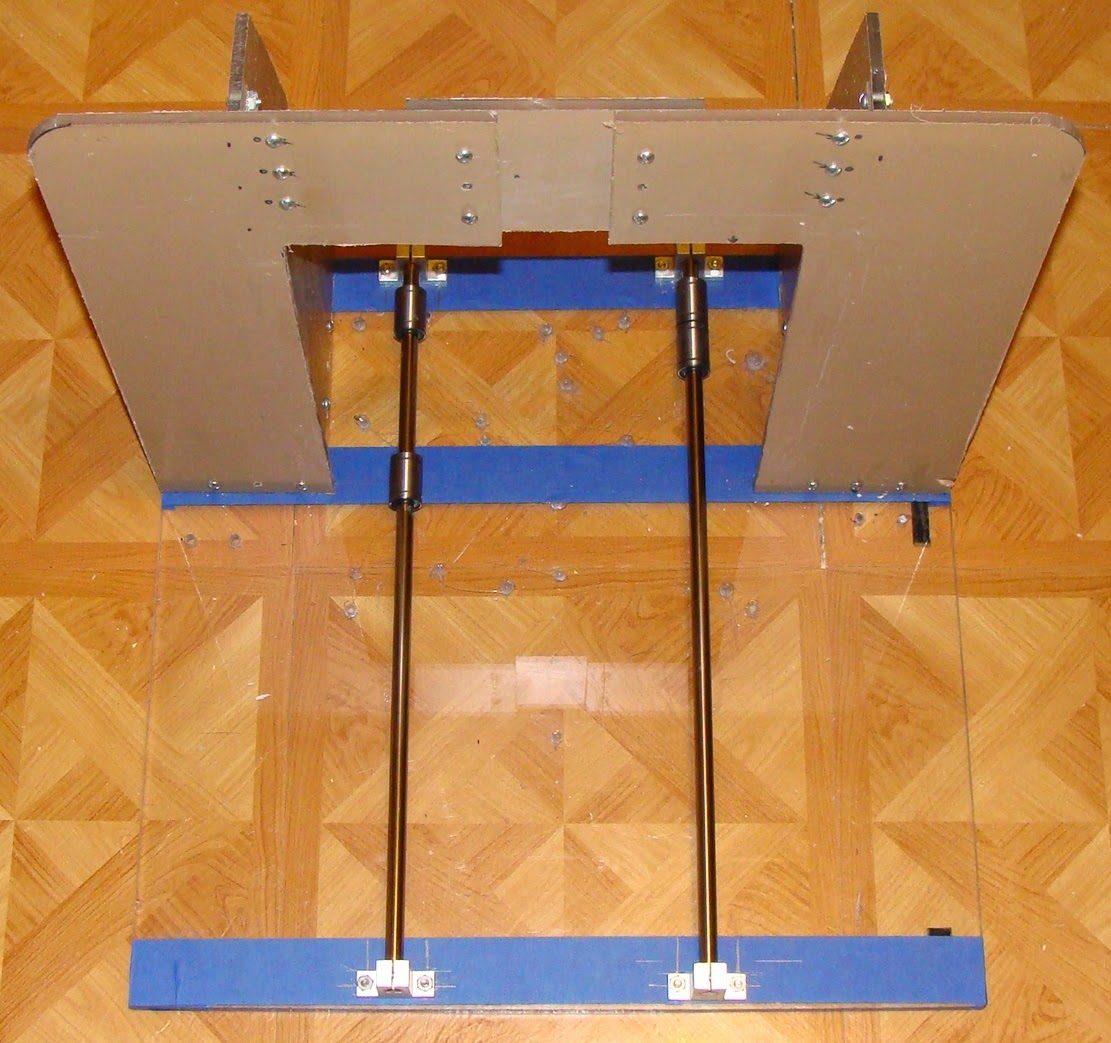 Right now I am stuck on the lead screws for the Z axis.  The holes for the nuts are .55 inches across and they are supposed to be for 8mm nuts.  But 8mm nuts are .51 inches and 5/16 nuts are .5 inches. Both nuts rotate freely in the hole as the hole is for a nut that is .55 inches across.  The nuts that are found on hollow electrical threaded pipe commonly used in table lamps fit perfectly.  One of these is seen on the right side below.  However that would be hard to adapt that to the 5mm stepper motor shafts! 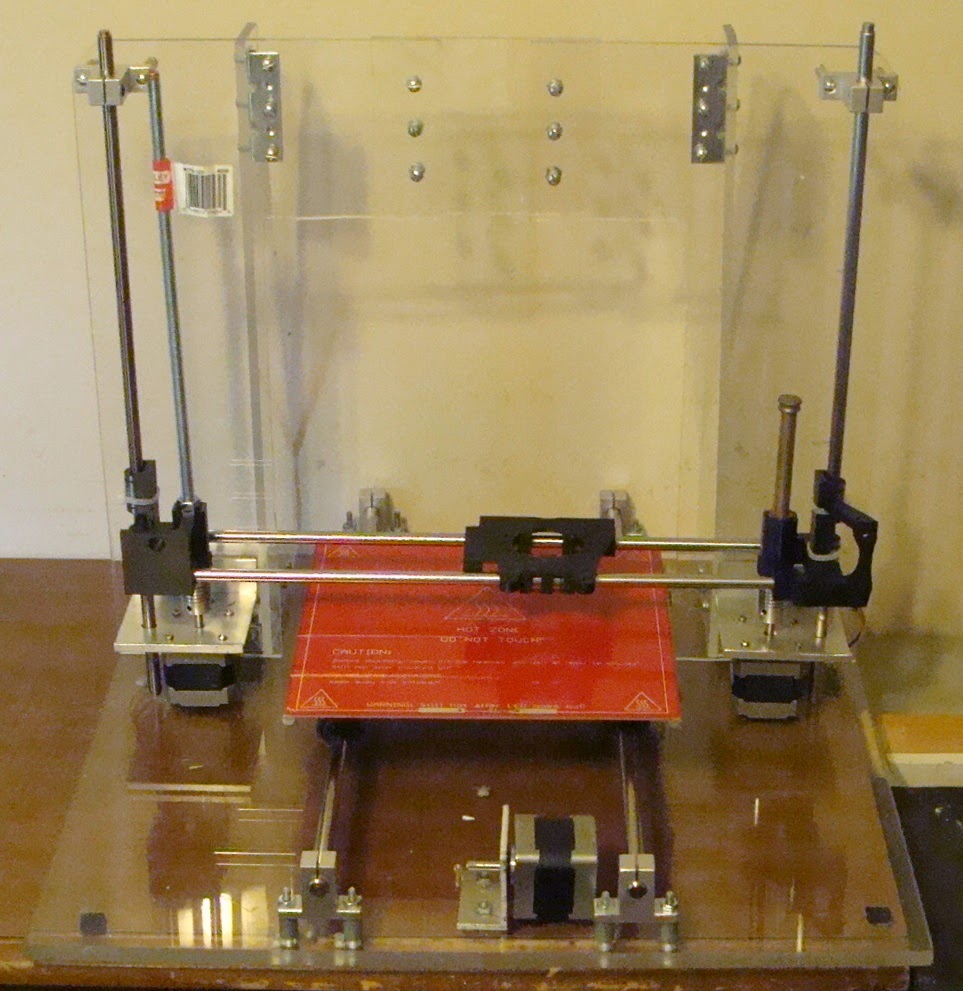 Some of the other problems I have faced so far include:

As I said above the holes for the nuts in the X axis ends are .55 inches across and both 8mm and 5/16 nuts spin freely in them.  I might have to make my own "nuts" out of aluminum using a 5/16 tap.   Wow was I really off on that one.  It turns out that the nut holes on the top are .55 inches but the nut holes on the bottom are .51 inches!  So I was just looking at the wrong nut holes.

When I assembled the Y axis carriage and slid it towards the back it returns back to the front on its own!  That is because the rod spacing varies by 1/8 of an inch causing the bearings to bind.  I enlarged the holes on the back side and adjusted it so the platform moves smoothly now.

The 8mm bearings are terrible.  They do not move smoothly and they loose some of their balls every time I remove them from the rods.  I might have to replace them with better ones from another vendor?

Some of the 8mm rods are from printers and scanners.  The one on the right side is a tiny bit bigger than 8mm.  I used emery cloth to take it down a little bit so that the bearings move smoothly.

I used 10mm rods (from scanners) and bearing for the Y axis.  They work so much better than the 8 mm bearings.  However their outside diameter does not fit either 1/2 or 3/4 pipe holders.

The spacing of the z axis guide rods varies by 1/8 of an inch from the top to bottom.  That is a tricky measurement since there are rod holders at the top and a home made motor mount at the bottom.  I will have to move the rod holders in about 1/16 of an inch on each side to fix the problem.

I tried to mount the Arduino Mega, but like all Arduino's the mounting holes are an afterthought.  I wanted to have screws come through the plastic, then a nut, an insulator then through the Arduino then a last nut.  However the nuts cannot be on that side.  I am trying to rework it to use the standoff's that are used for ports on a PC. 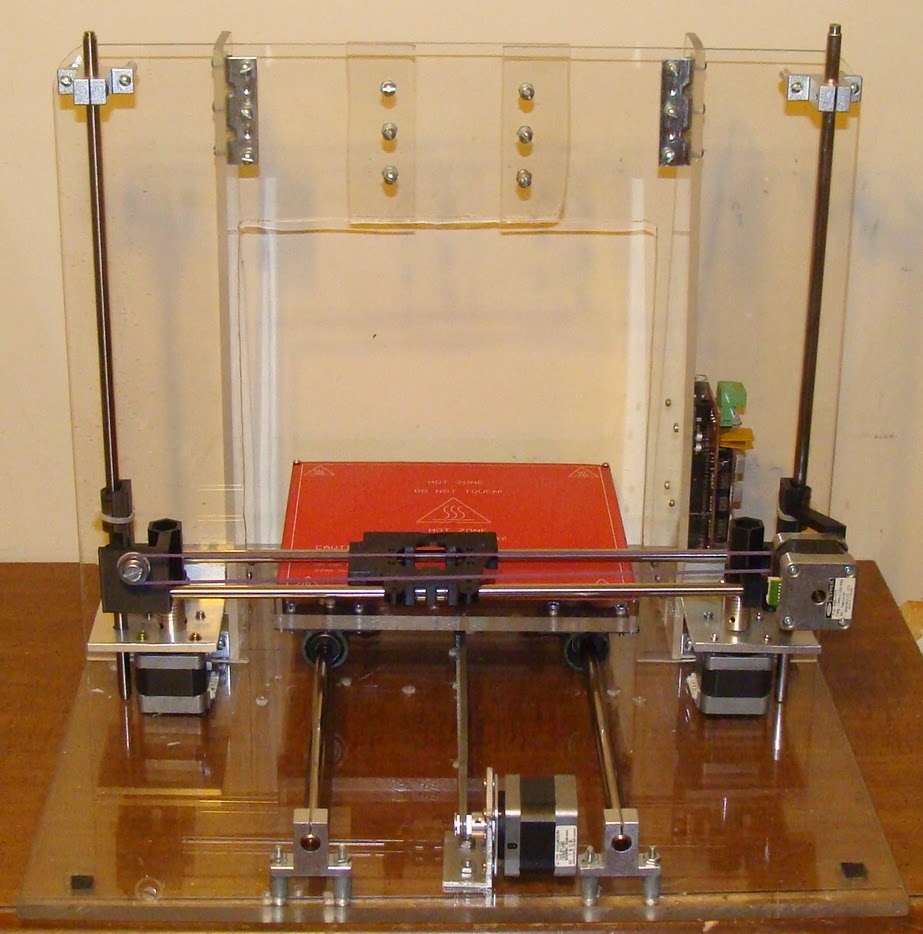