How to disassemble the Asus EEE.

To start with remove the battery and find the four catches located under the battery. Unlock them and they should stay that way so you can remove the keyboard. Under the keyboard are about 6 screws. On the bottom of the laptop there are 4 screws. Inside of the memory compartment on the bottom there is one more screw. Two of the catches are shown in the picture below.  Unplug the keyboard and remove it. 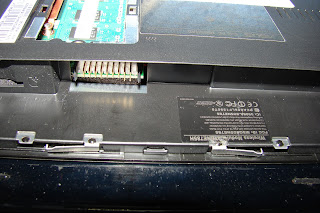 After you remove the 6 screws that are under the keyboard the top half comes apart by undoing the several catches located around the outer edge.  You might need a small flat blade screwdriver to unhook them.  Disconnect the touchpad as you lift off the top half. 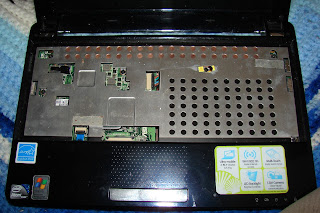 Once the top is off the screen can be unplugged.  Unscrew the wireless adapter.  Remove two screws one is hidden under the ribbon cable.  Remove three screws and remove the cooling fan. You should now be able to remove the motherboard. 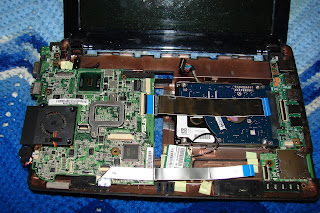 I was taking it apart to fix a broken power jack.  However the jack was fine the problem was the AC adapter.  The outer braid goes bad about 1/2 an inch short of the plug.  You could likely fix it by removing the insulation and wrapping the ground braid in some fine like 22 gauge copper wire. 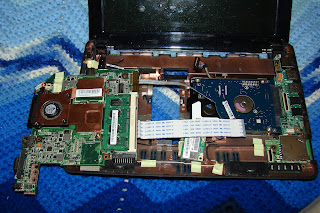 hi, I was wondering if you knew what would be the problem if the power button won't turn on after opening up the case?

Hi, I came across a problem after opening up my netbook. I cannot turn on the power button or it won't work. Any ideas of what could be the problem?