After about 2 weeks of trying I finally got a parallel interface LCD to work in Python.  I converted the code from C for the Arduino.  It did not appear to be working until I slowed it way down and discovered little lines appearing on one of the LCD's.  The driver is roughly a ILI9325 driver based on the Arduino code and the ILI9325 specifications.

The picture shows two screens and they both work with the same software. 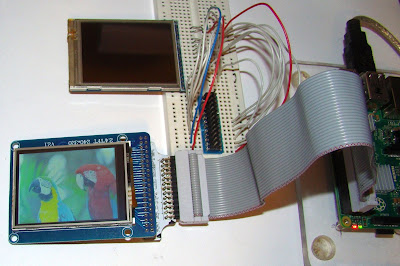 Here is what the text looks like on the other screen. 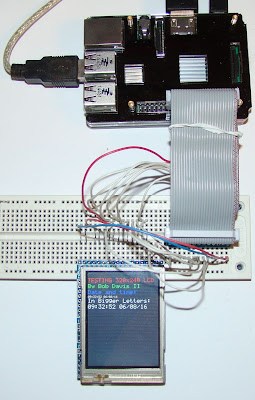 Here is the first video demonstrating that it works.


Here is a second video, I added a Analog to Digital converter and made an "Etch-a-Sketch".

Hi
Would it be possible for u to share the code for the same along with wiring diagram? I am working a project which needs this LCD to be connected with raspberry pi and it would be wonderful if I could get the drivers instead of having to re-write the same.

I was using an adapter then jumper wires to match the adapter. Code is on github under bobdavis321. https://github.com/bobdavis321?tab=repositories More info is in my book Raspberry Pi LCD Projects on ebay and amazon.