Once again this is another laptop that has cooling fan or clogged heat-sink problems.  I wish they would make this problem easier to fix!  If it has been run with a clogged fan then the chips in the graphics card might be permanently damaged.  If this is the case then you can send the motherboard to someone on EBay who will fix it for $75 to $100. 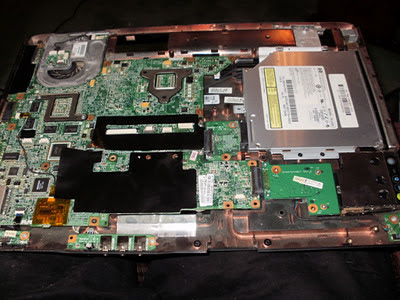 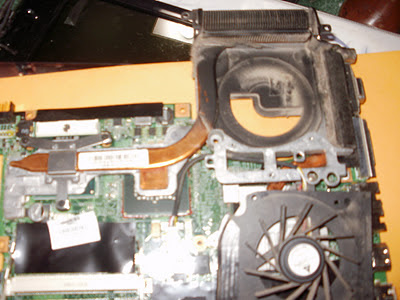 Warning, the power connector from the power jack to the motherboard can be easily inserted incorrectly.  Make note of its orientation before disconnecting it!