Today I attended the Batavia NY Hamfest.  It is actually located at the Alexander Firemen Grounds on 98 south of Batavia.  To be honest it might have been the worse one ever.  I did sell a couple of items but then it started raining.  They opened up the pavilions to anyone so I moved to where there was a roof over my head, but I still did not sell much.

On the bright side I bought the least amount of stuff that I have ever bought at an Hamfest.  All I bought was a hamburg!  There were some really nice oscilloscopes and even a scope meter, but I did not have a chance to buy anything before it started raining.

here is a picture of the pavilion that I moved to. 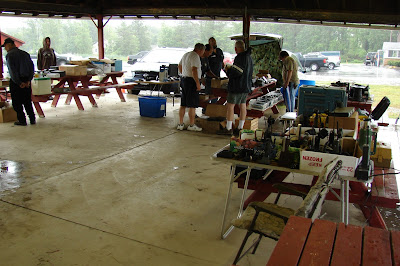 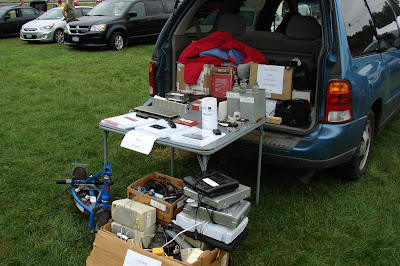