Someone gave me a 40 inch TV that they found in the garbage.  It actually worked at first but after about 15 minutes the picture started jumping.  The first thing I did was to replace all the capacitors in the power supply.  They are located in the upper right corner of the next picture.  I used 1000 uF at 16 volt caps.  Be careful the polarity of one cap is the opposite of all of the others.  That did not help. 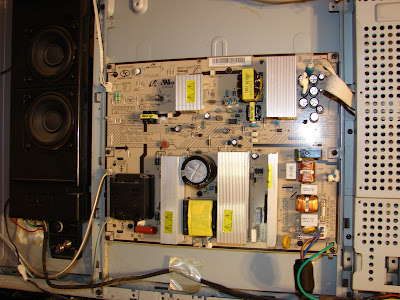 I discovered that if I plug in a computer the picture jumps non stop.  So I replaced the input board as shown below.  This fixed the problem but introduced another problem.  The new board had the V-Chip programmed to block some shows.  Now I have to get a remote control so I can wipe out the memory and hence delete the V-Chip programming. 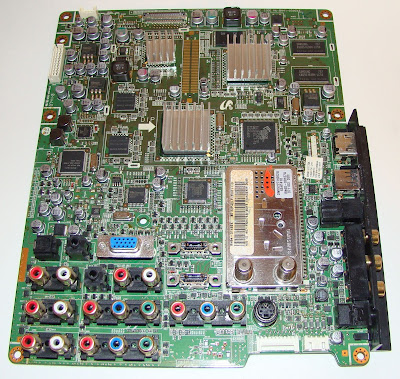 I suspect the problem is in the power supply section located in the upper left corner.  The regulators have been so hot that the metal is purple in color.  I think I will start by replacing the 100 uF at 25 volt caps. 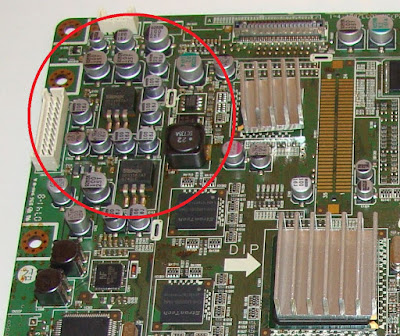 Replacing the capacitors was a complete flop.  I tried carefully wiggling the caps from side to side to remove them but in every case I removed the runs from the board.  I guess I am staying with the new board as it mostly works.  I was able to wipe out the V Chip programming with the remote control.