I was given some speakers that I had built back in the 70's and that had been in use at a churhc for about 20 years or more.  They were made to look nice, but I will rebuild them to look tough.  I also want to upgrade them from 25 watts to about 150 watts or more.

This is what I bought at a Hamfest to rebuild the speakers with. 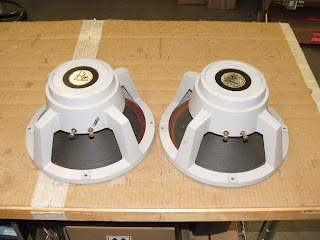 This picture compares an old speaker with one of the new ones. 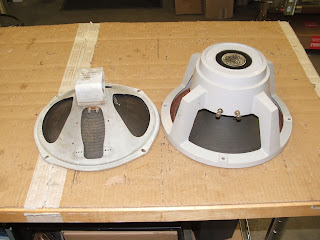 Initially this is what initially had to work with.  I only had one of these bass speakers. 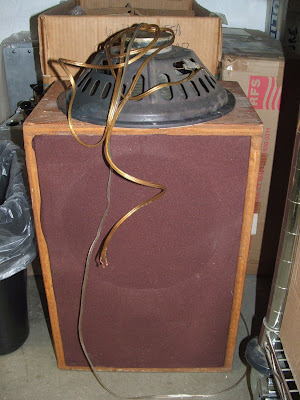 Here is one cabinet stripped down and the old speakers sitting on top of it. 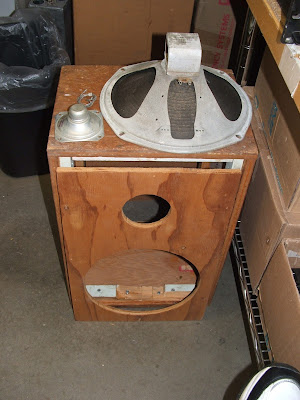 I painted the front plywood black and started reassembling the speakers. I traded something for some tweeters.  They are rated at 75 watts.  I also added some grills to protect the woofers. 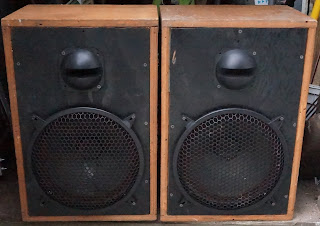