I recently retrofitted a street sign with a 10 meter (about 33 feet) string of 24 volt LED's and a 24 volt three amp AC adapter.  I was thinking of taping the LED's to the sides of the bulbs, but then I realized that if I wrap the leds around the bulbs they would be held in place much better.  This sign needed three 5 foot (Very hard to find)  light bulbs and likely a new ballast.  The LED conversion took all of 10 minutes to do.  Total power consumption is now about 50 Watts.

This picture was taken at 9 AM in the morning, it looks like it was dark out because of the camera compensating for the brightness of the LED's. 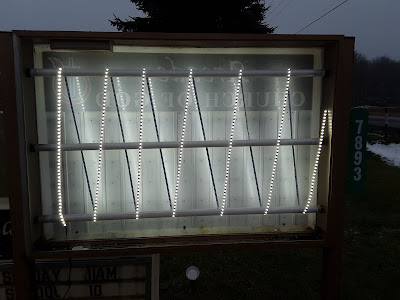 This is the label that was on the LED strip.  It could be bought with waterproofing already done but you can also spray on a clear coat of waterproofing. 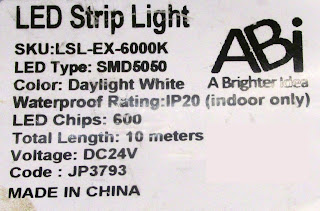 The LED strips cost about $20 and the 24 Volt AC adapter was laying around.  Here is an advertisement for a 10 Meter strip of LED's like the ones I used. 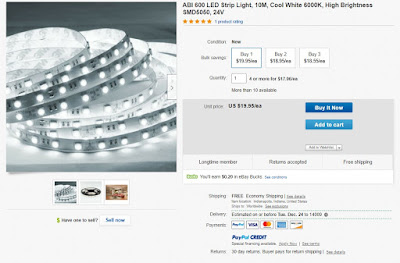