I rebuilt my Arduino Servo Arm to use Switches!

This change started as an accident.  Somehow I broke one of the variable resistors that controls the servos in the arm.  So after a while I came up with the idea of using switches instead. For the switches you need 3 position ones.  The positions are on low off and on high.  Then add two 10K resistors across the switch with the two resistors meeting in the middle.  The resulting operation of the arm was much smoother and quieter.  The variable resistors picked up too much noise and that resulted in herky-jerky motion.

This first picture is of the back of the switches.  I used 33K resistors as the value is not critical. 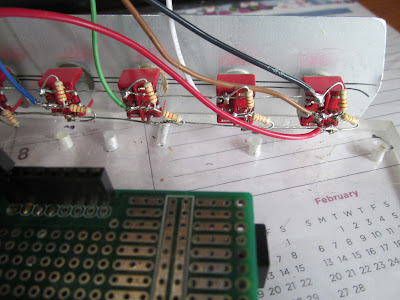 This is the front view of the robot arm controlled by switches. 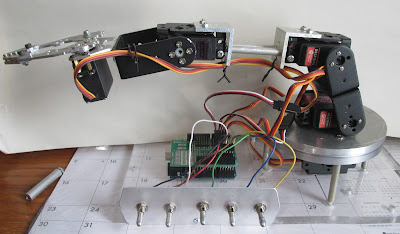 This is a video of it in operation: