I do not know why no one else in the media is even noticing these earthquakes.  A Super Volcano in California would be even a bigger disaster than Yellowstone because of its close proximity to highly populated areas like San Francisco!  Also a Super Volcano in Geysers California would spread ash and dust all across the USA just like one in Yellowstone would.  That would result in cooling the temperatures and destroying crops all across the country! 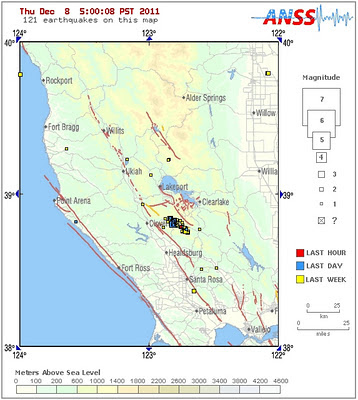